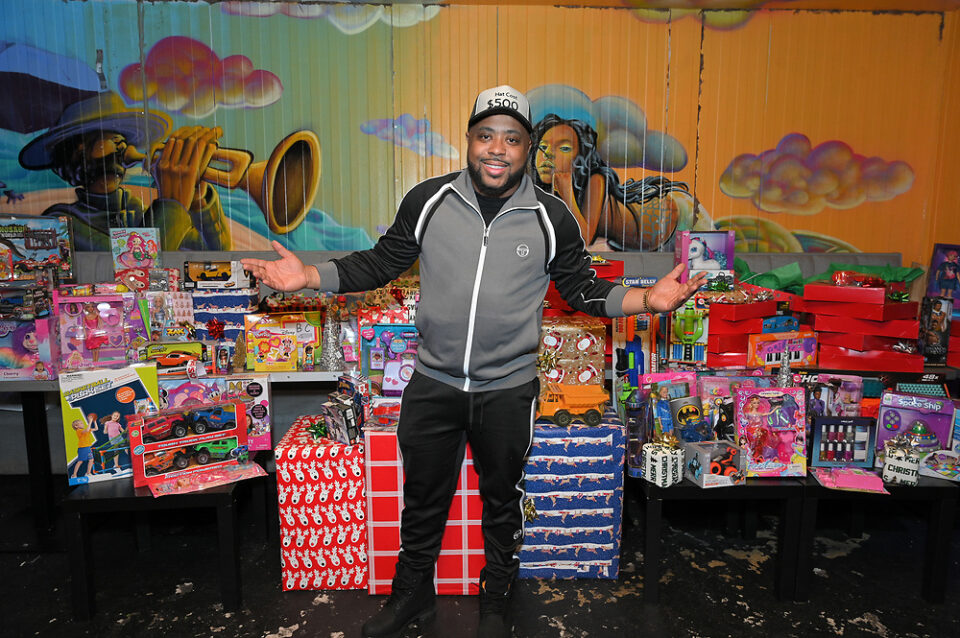 A$AP Ferg, Dapper Dan, and Dave East teamed up with DJ Webstar for his Annual Harlem Holiday Toy Drive presented by Cash App in partnership with Tidal and the Gap.

With the biggest turnout to date, thousands of toy and coat donations were collected on behalf of The Boys and Girls Club of Harlem and the Dunlevy Milbank Community Center. The philanthropic initiative kicked off on Sunday, December 18 inside Room 112 Lounge where guests enjoyed music and a custom-catered menu by Lighthouse Fish Market.

During the event, Dapper Dan presented DJ Webstar with a Certificate of Recognition from the City of New York and Mayor Eric Adams for 20 Years of Service uplifting both seniors and the youth in his community. The honor also recognized his 12th Annual Toy Drive, this year being the biggest to date.

On Monday December 19 DJ Webstar joined A$AP Ferg at the Millbank Center to begin delivering the new coats and toy donations from Sundays Toy Drive as well as building the custom bikes donated by Ferg for local children.

Later this week DJ Webstar will continue to visit families in need throughout Harlem distributing the thousands of donations that were collected at his 12th Annual Harlem Holiday Toy Drive in partnership with Cash App, Tidal, and The Gap.