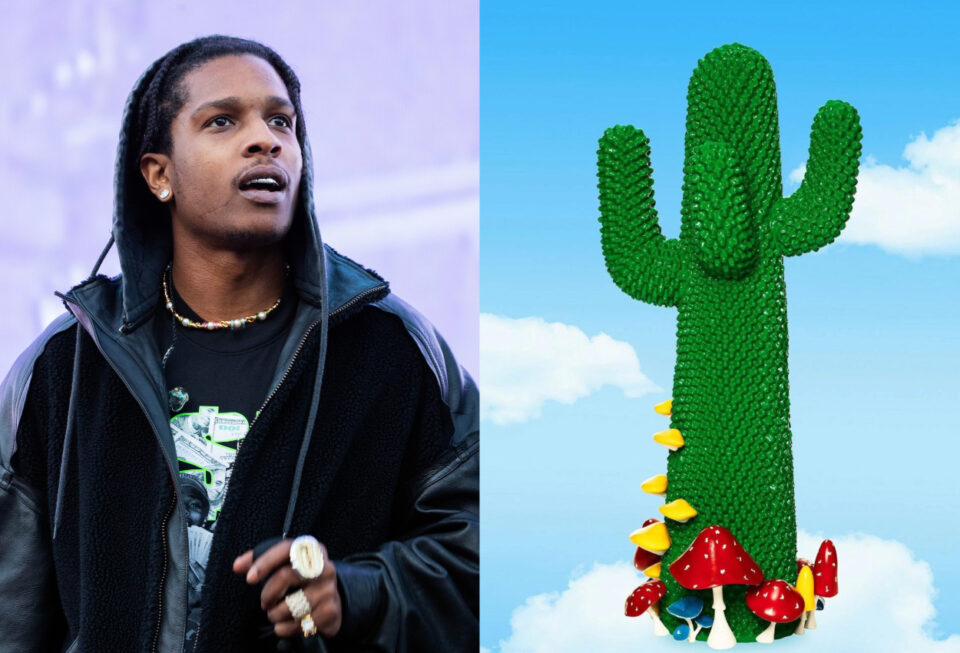 On Thursday, rapper A$AP Rocky formally announced the launch of a new design studio, HOMMEMADE, in collaboration with the Italian brand, Gufram.

According to Complex, the rapper founded the design space, categorizing it as a furniture design studio.

“I’m proud to present to you my new décor line,” Rocky said in an Instagram post where he shared photos of the studio’s first project with his followers.

The new home décor line is represented by a giant mushroom-infused cactus, which is currently on display at Art Miami, where visitors can walk through the mushroom forest installed on the grass-like carpet.

According to Architectural Digest, Rocky’s experiences with hallucinogenic drugs potentially inspired his first design. The rapper detailed one of his experiences with mushrooms, where he drove down the street laughing for no reason and went back to the studio with a bunch of “random people” in an interview with Billboard for a 2015 cover shoot. Rocky even told the person interviewing him, “You need to smoke some weed. You don’t smoke weed enough. I can tell.”

The design reflects a bright green utopian forest with the oversized shroom cactus in the center.

“From mid-century modifications, to contemporary collaborations, they [Gufram] have established themselves as a unique brand and therefore a perfect brand collaborator,” Rocky said. “This is the first collaboration from my HOMMEMADE décor studio and since I’ve always advocated for mushrooms it was only right that we made a cactus with them.”

Plans for HOMMEMADE have not yet been released publicly. However, according to reports, future releases will see the studio continuing to “push the boundaries of the home décor space.”