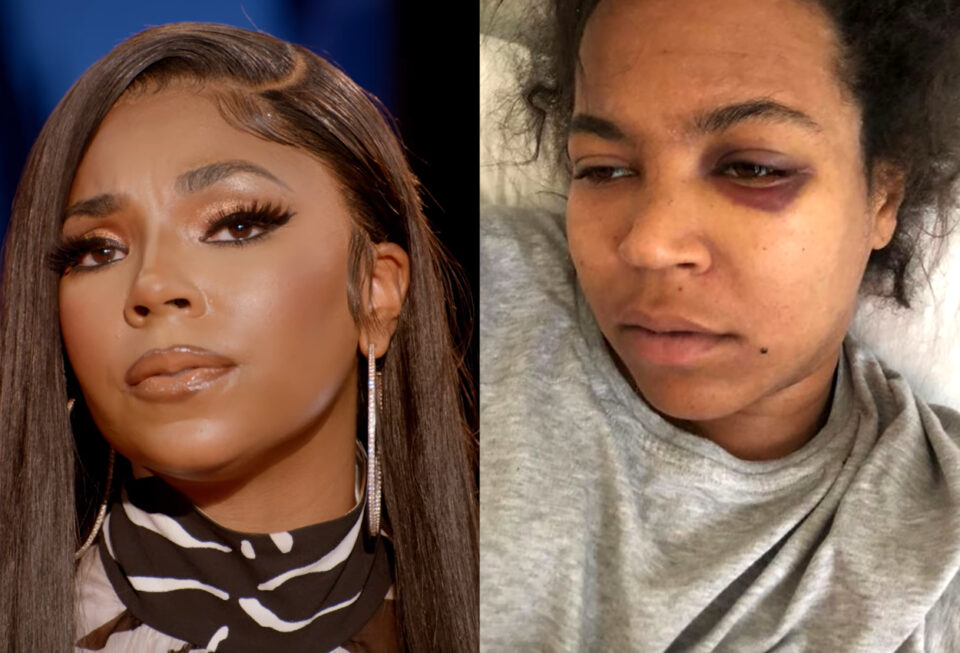 In the wake of Domestic Violence Awareness Month in October, singer Ashanti appeared on Red Table Talk with her mom and sister. They spoke openly about the abusive relationship her young sister escaped.

It was a family affair on an episode of Red Table Talk as Jada Pinkett-Smith, Adrienne Banfield Norris, and Willow Smith sat down for a candid discussion with Ashanti, her mom Tina, and younger sister Kenashia “Shia” Douglas about the abuse “Shia” suffered at the hands of her ex-fiance Windsor “Slow” Lubin.

“Words will never be able to express the amount of pain, fury and disgust I feel reliving these moments… but at the same time I am so proud of how strong, courageous, resilient and unbreakable you are,” Ashanti captioned the post. “My sister is a warrior!”

Ashanti’s post came two years after Shia revealed the abuse in a shocking video on her 31st birthday.

Speaking on Red Table Talk, Shia recalled her relationship with Lubin, known as “Slowbucks,” a music executive who ran an entertainment company and fashion line under the same name.

Shia said the physical abuse started after reconciling from a breakup. Lubin was under the impression that Shia might’ve started dating other men when they split.

“I took him back and he began to grow suspicious of what I was doing during our break,” Shia said

“He began to become very very jealous, very angry, even more controlling than he had already been.”

Shia said it wasn’t until Lubin hit her and shattered her teeth that she finally decided to end the relationship. The incident came after Shia suffered a miscarriage at four months due to the physical abuse.

“Not only did it get worse, he actually knocked my teeth out,” Shia revealed. “That was when I left. That was the straw that broke the camel’s back.”

Shia explained her shock and how she processed realizing the person that she loved “could hurt me to that extent.”

During the talk, Shia shared her road to recovery and healing and how she learned to love herself after spending so much of her life with her ex-fiancé. Ashanti’s family and the Smiths also touched on the stigmas Black women face with calling the cops on loved ones and not being considered a “snitch.”