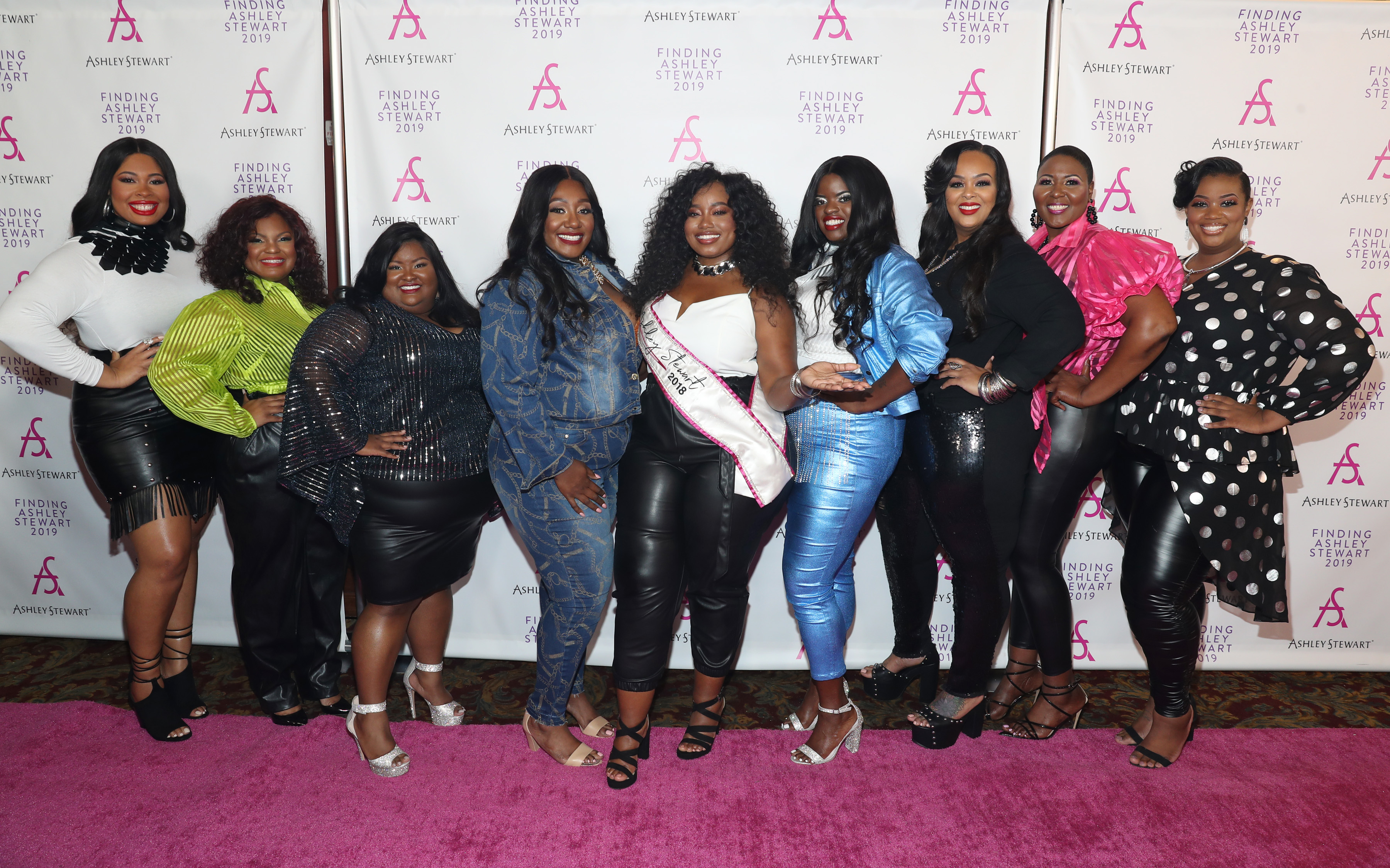 Fierce, bold, and courageous are three words that describe the women who competed in the Finding Ashley Stewart grand finale on Saturday. For a third consecutive year, Ashley Stewart, a leading fashion and social commerce brand, held a star-studded competition at the Kings Theater in Brooklyn, New York, in search of a woman who embodies their company values: leadership, confidence, resilience, kindness, and public service. The annual event also included special performances by legendary hip-hop duo Salt-N-Pepa and R&B singer Faith Evans.

The search for the next Ashley Stewart brand ambassador began earlier this year with a digital contest and six-city nationwide tour. After tens of thousands of entries and over one million votes from the public, eight lucky women advanced to the finale, where they competed for the crown in front of a panel of judges and a sold-out house of over 3,000 audience members.

Mona Scott-Young, the creator of the Love and Hip Hop franchise, applauded Ashley Stewart for giving curvy women the opportunity to feel beautiful. “I’ve been a plus size girl my entire life and I love the fact that they have great fashions,” she told BE on the pink carpet. “Women come in all shapes and sizes. And being able to celebrate that and being able to show women that they’re here for them and they’re here to make them feel beautiful. And to feel confident—all of that is very important.”

“Ashley Stewart does so much more than just make women’s fashion. They believe in [the] education of women and uplifting women, especially in our community. And this event actually showcases that,” said this year’s host, comedian and talk show host Loni Love.

After an exciting night of sashaying on stage and telling their stories, Addlia Edwards was crowned as the Finding Ashley Stewart winner. The formerly homeless mother and rape survivor said she will use the platform to uplift others. “Becoming Ashley Stewart 2019 means that I have a great opportunity to empower girls, teens, and women across the nation, and share my story of resilience and empowerment,” said the Atlanta-based hairstylist and makeup artist in a statement. “I’m proud to say that I am Ashley!”

Finding Ashley Stewart is just one of the many verticals that the fashion brand is using to engage with its consumers, which it endearingly calls “Ashleys.” Since joining the company in 2013, Chairman and CEO James C. Rhee has transformed the company’s business model by initiating local community events, an HBCU college empowerment tour, and active social media accounts. “I started six years ago” without any prior retail experience, he told BE. “But this customer reminded me of my mom, a sort of a hard-working, unappreciated at times, best friend. This company has been her best friend often. It was one of the few very fashionable places that didn’t discriminate and made her feel great, size or race aside.”

Today, Ashley Stewart says its more than a brand, its a movement. The nearly 30-year-old company has attracted a passionate following among its core base, African American women size 12 and up. The company’s customer base is also expanding, with 40 percent of its online purchases being made by white women, according to a 2018 report in USA Today.

“Visiting an Ashley Stewart store is like going to your best friend’s house,” said Edwards. “It’s a home away from home and a place to go to reignite your confidence and feel empowered.”

Watch a video recap of the 2019 Finding Ashley Stewart finale below.