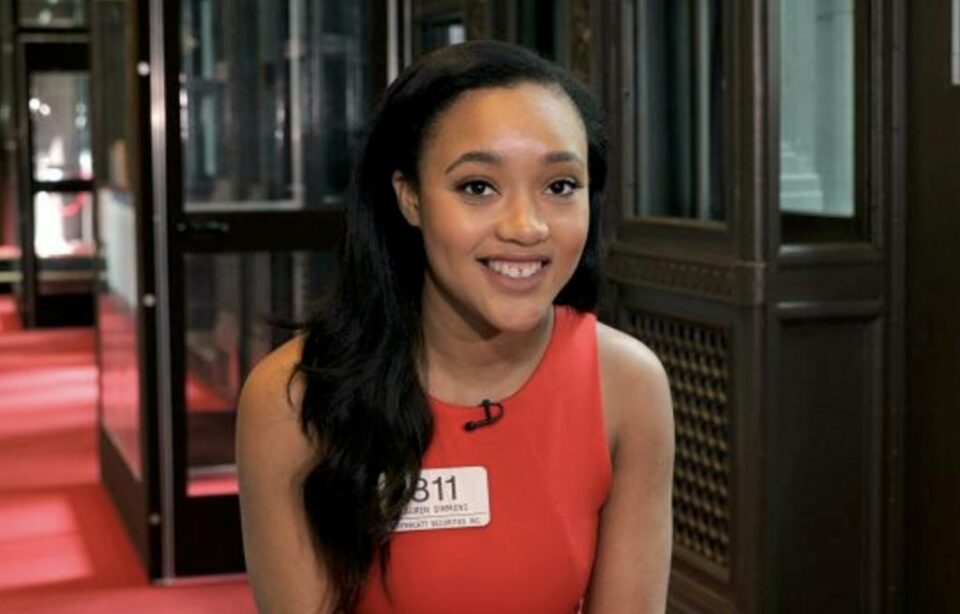 At 22, Lauren Simmons made history as the youngest woman and second-ever Black female trader at the NYSE. (Image: Twitter)

Now 27, Simmons is no longer part of the NYSE but still brings in the cash. According to CNBC, Simmons earned $650,000 last year and is on track to bring in over $1 million this year through speaking engagements, brand partnerships, a book, and even a movie deal.

Despite her experience at the NYSE, Simmons said she didn’t start trading until the stock crash of 2020, which was the result of the COVID-19 pandemic. Simmons told CNBC she lives by two principles when it comes to investing. The first is to make sure she was in good financial standing before investing, and the second is to research companies and funds where she felt her money could grow.

“I’m very cautious,” Simmons said. “I have to have the statistics, data, and information that help me make an informed decision before I invest.”

The stock market dropped significantly at the beginning of the pandemic as millions across the U.S. lost their jobs and were confined to their homes. The market eventually rebounded as the government gave millions to keep businesses afloat and millions from losing their apartments and homes.

However, the market has again gone into a significant fall in recent days and weeks as inflation continues to rise, gas prices are at record highs, and interest rates are expected to keep rising to fight off inflation. Additionally, many believe an economic recession is more of a when than an if at this point.

That cautiousness has kept Simmons out of the newest but more volatile form of investing in cryptocurrency. Simmons acknowledges cryptocurrency will become a centralized currency at some point and will stay within the U.S. economic infrastructure, but it’s highly speculative right now. For now, she’s waiting for a new form of cryptocurrency to drop that’s not bitcoin or ether.

“I think it’ll be a new one entirely,” at which point, “yes, of course I will put my money into that new digital currency,” Simmons said.

Simmons also invests in several women and Black-owned startups in the tech and beauty industries that don’t have the same access to capital as white and male-led businesses.