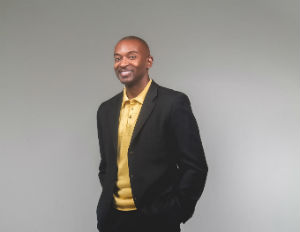 Atlanta architect R.L. Byrd is utilizing his passion for writing to provide a voice from the African American male’s multifaceted perspective. In his newest release, Black Coffee, the characters break their silence on some of the most pressing social issues challenging today’s black males: Disproportionate homicide rates, unintentional injuries, suicide, HIV/AIDS, disparities in employment, and graduation rates–all while engrossing readers with their intricate life tales and relationships. As an extension of his book, he’s launched Project H.U.S.H. to encourage dialogue on the top issues affecting black males in the U.S., (homicide, unemployment, suicide and HIV) and has also become a 2016 board member for the Boys 2 Men nonprofit initiative in Atlanta.

“I can be whoever I want to be when I write; but most of all, I want to be the character that changes the hearts and minds of not only the people in my books, but those who read them,â€ says Byrd. Born in the coastal town of Brunswick, Georgia, in a time where America and the South were growing and evolving, his early upbringing would shape his world not only as a person but also as a writer. His passion for writing was delayed by a similar passion for architecture, which he pursued by obtaining a Bachelor of Architecture degree from the University of Oklahoma in 1992. After many years of carrying stories, characters, and images in his mind, Byrd found himself revisiting them on a more frequent basis as the years passed. At the beginning of 2007, there wasn’t a day that went by that the desire to write didn’t lure him back to the pen and paper. Looking for Sweet Love (2010) was his debut novel, followed by the sequel Black Coffee (2012, reissued in 2014). He is currently working on his third novel, The Art of Scandal (a story inspired by actual events).

Since 2009, he’s also been raising more awareness on issues affecting young boys and men of color. He has even incorporated those issues into his work; such as the most recent novel Black Coffee, which touches on how issues can impact lives and future relationships if not resolved or adequately addressed. “It only takes one person to shine a light on what’s being kept in the dark, but a community to turn on the floodlights,” he adds. Â Project H.U.S.H. is Byrd’s attempt to shine that light. H.U.S.H. is an acronym for the top issues facing black men: homicide, unemployment, suicide and HIV. Through his public Facebook and Instagram pages, followers are educated on facts, national news related to those areas, and engage in interactive dialogue on creative solutions to amend these issues.

“Life inspires me to write. I’m always writing enlightening stories of the trials and tribulations faced during one’s journey through life,” says Byrd. Through creative channels both online and off, architect and author R.L. Byrd channels both passion and purpose into all of his efforts.

His books can be purchased on Amazon.com and www.RichardLeonByrd.com