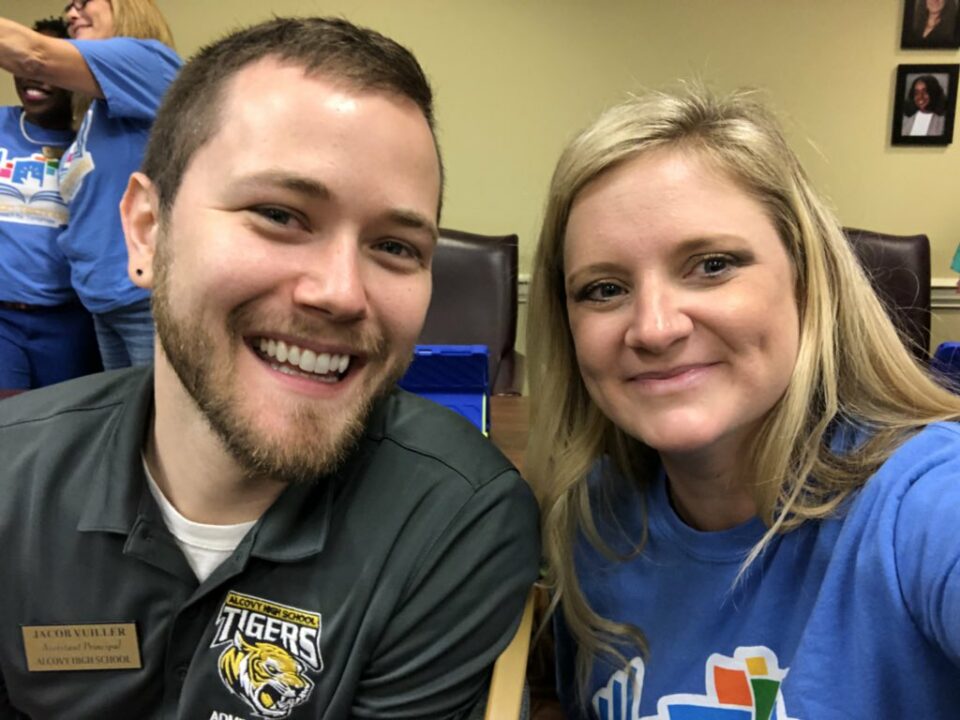 An Atlanta-based art teacher who previously won a Teacher of the Year award is now facing penalties for getting caught on video using the N-word during class.

Alcovy High School art teacher Alexandrea Boyington was suspended from her teaching position pending an investigation into a video that shows the white educator using the racial slur in class, Fox 5 Atlanta reported.

In the shocking video shared on social media, Boyington is seen sitting on a desk and posing a question to her students about using the N-word.

But in unison, her students replied, “no.” However, that wasn’t enough to stop the white school teacher. “‘Cause I got a n***a,” Boyington says before the video ends.

Students at the school were not impressed by the teacher’s attempt at being deemed ‘cool’.

“There was no reason for her to say that,” senior Malik Montgomery said. “When I saw the video, I was disappointed because as a teacher you are supposed to keep your profession, and just keep your composure.”

He added that the teacher “should just lose her job.”

“She shouldn’t even be suspended,” he said. “She should be fired.”

Boyington has now been banned from the classroom just two years after she won a Teacher of the Year award, the Grio reported.

“The teacher, Ms. Alexandrea Boyington, is currently on administrative leave pending the outcome of our investigation.”

Junior Markevious Walton admitted that the conversation around the context of using the N-word is important, it doesn’t belong in the classroom and definitely shouldn’t be used by an educator.

“It can go two different ways, that word right there, but you can’t just be saying that,” Walton said. “Especially in front of the students.”