Hereâ€™s How Atlanta is Becoming a Center of Tech Innovation 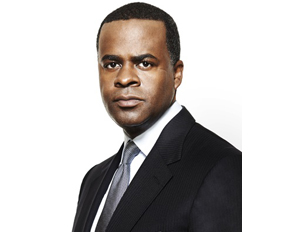 Atlanta, Georgia’s presence on a list of America’s Most Tech-Friendly Cities, may surprise some. However, after an interview with its MayorÂ Kasim Reed, it’s apparent that Atlanta is emerging as a major tech hub, due to the mayor’s own innovative, future-forward thinking and embrace of technology.

It Starts With a Good Education

For Mayor Reed, the presence of top colleges and universities in the city is a big attraction for the tech industry.

“I think we are becoming a center for tech in the southeast, because we have some of the best research universities in the southeast anchored by Georgia Tech,â€ he says.

“We also have the [Atlanta University Consortium] with Spelman and in the southwest, and we have Emory University, which is right next door to the CDC (Center for Disease Control). When the President was dealing with the Ebola virus, he went right to the CDC.”

Businesses are also flocking to Atlanta. NCR, Kaiser Permanente–one of the leading healthcare firms in America–and GE Digital are all within the city’s limits.

Claiming Stance as a Tech Hub

Atlanta is quickly becoming a leading urban area forÂ tech because of one major reason; a significant presence of venture capitalists. Where VCs are, tech is sure to follow.

“Atlanta is one of the eight leading cities in America for venture capitalism in the tech and finance space,â€ Mayor Reed points out.

According to data from CityLab, Atlanta is one of the top 20 metros for VC activity. It boasts venture capital investment at $514 million and comprises 1.53% of all U.S.-based VC investment.