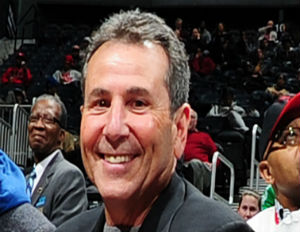 It’s enough to give a veteran pro-league commissioner an ulcer, let alone one who’s barely been eight months on the job. It’s safe to say that former NBA Commissioner and Hall of Famer David Stern warned Adam Silver that the NBA commissioner gig is no picnic, and it’s safer to say that Silver paid heed and has hit the ground running.

Just when the NBA thought it had put the Donald Sterling fiasco safely in the rearview mirror, another ugly incident in a new chapter of NBA owner racism rears its hideous head.

In a statement released on Sunday, Commissioner Silver announced that Atlanta Hawks owner Bruce Levenson would be selling his controlling interest in the team.

According to ESPN, “Levenson self-reported an e-mail he wrote to the team’s co-owners and General Manager Danny Ferry in August 2012 that he called ‘inappropriate and offensive.’ The league commenced an independent investigation after being made aware of the comments.”

Here’s more of what Silver said in a statement.

“Prior to the completion of the investigation, Mr. Levenson notified me last evening that he had decided to sell his controlling interest in the Atlanta Hawks. As Mr. Levenson acknowledged, the views he expressed are entirely unacceptable and are in stark contrast to the core principles of the National Basketball Association.”

Levensen now becomes the second NBA owner to relinquish the rights to his franchise in the summer of 2014 over racially insensitive remarks.

In an e-mail reportedly penned by Levensen expressing his alarm and distaste for the low attendance at Phillips Arena, the former owner lays out theories that attempt to explain the low attendance rates of whites, saying, “My theory is that the black crowd scared away the whites and there are simply not enough affluent black fans to build a signficant season ticket base. Please dont get me wrong. There was nothing threatening going on in the arena back then. i never felt uncomfortable, but i think southern whites simply were not comfortable being in an arena or at a bar where they were in the minority.”

The obviously unedited e-mail goes on to say, “When I hear some people saying the arena is in the wrong place I think it is code for there are too many blacks at the games. I have been open with our executive team about these concerns. I have told them I want some white cheerleaders and while i don’t care what the color of the artist is, i want the music to be music familiar to a 40 year old white guy if that’s our season tixs demo. i have also balked when every fan picked out of crowd to shoot shots in some time out contest is black.”

Levensen even reportedly ropes kiss cam into the racist rant saying, “I have even bitched that the kiss cam is too black. And many of our black fans don’t have the spendable income which explains why our f&b and merchandise sales are so low.”