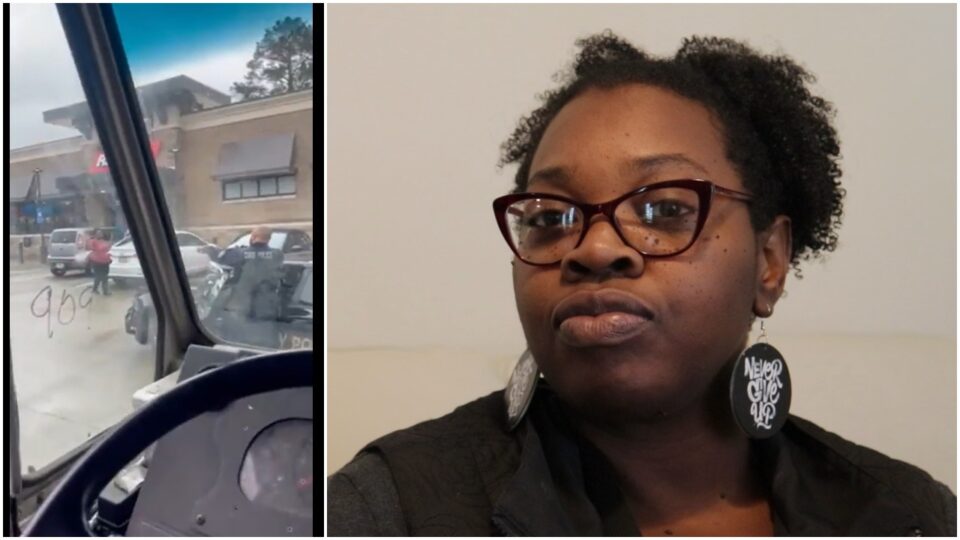 Deondra Hawkins, a metro Atlanta mother of two, is accusing the police of wrongfully detaining her and her two children for alleged involvement in an armed robbery.

Hawkins, her 14-year-old daughter, and her 18-year-old autistic son were misidentified, cornered, and placed in handcuffs by Cobbs County Police during an ordinary gas station stop.

“It was pure confusion. The police pulled up with their guns out and demanded we get out of the car, and I had no idea what I could have possibly have done,” Hawkins said of her encounter with police.

Cobbs County Police officials said they were responding to an armed robbery at a T-Mobile on March 18, 11 Alive reported. Shortly after the theft, a man carrying a pistol was spotted fleeing across the street. According to police, a robbery victim witnessed the man running from the parking lot into a white Hyundai Sonata. Less than an hour later, police thought they saw the exact vehicle at a nearby RaceTrac gas station.

“I am traumatized”: Metro mom claims Cobb County Police detained her and her children after mistakenly identifying her for an armed robber. What the family’s lawyer is demanding of police tonight’s at 5pm. @cbs46 pic.twitter.com/5YBLvskpUO

Hawkins’ children were inside the convenience store at the gas station while she was detained. In a disturbing video, the police can be seen separating the children while the teenage daughter can be heard yelling in horror as she attempts to run toward her mother.

“I was trying to get them to remain where they were,” Hawkins recalled as she saw her son placed on the ground. “They were separated from me. And it’s very traumatizing to even think about it.”

According to CBS46, Hawkins and her family were released from separate squad cars after about five minutes. Police finally told her who they were looking for.

“They didn’t tell us anything,” she said. “They said they were looking for a tall, slim suspect. Well, I just find it peculiar that neither myself or my children fit the description, so I don’t understand why it escalated the way that it did.”

Kayla Bumpus, Hawkins’ attorney, is calling for a full investigation, even after police released a statement explaining that Hawkins and her children “may not have been involved” in the armed robbery. She is also requesting sensitivity training for the officers. No lawsuits have been filed.

“Unfortunately, they took a take action, ask questions later approach, and they did that with a child, and that’s completely unacceptable,” Bumpus said.