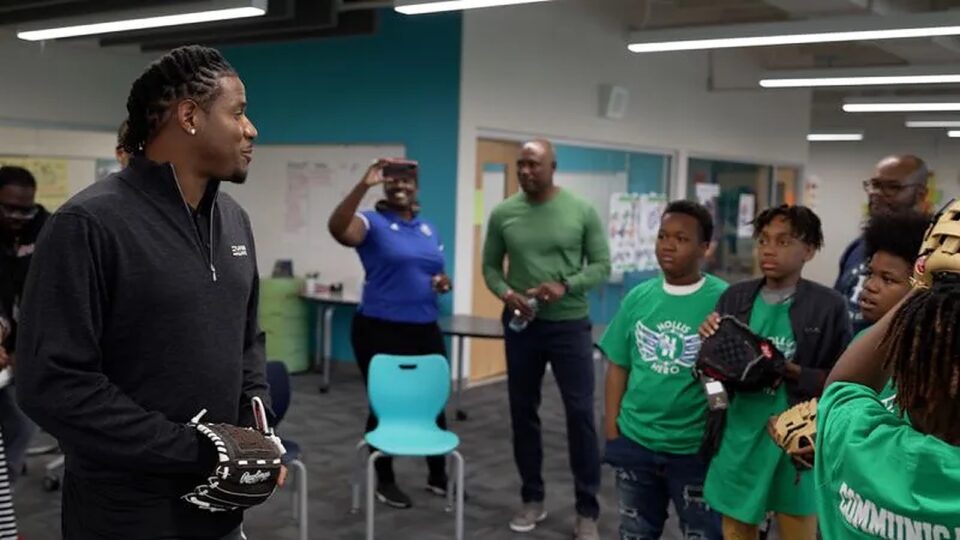 Today is the 75th anniversary of Major League Baseball’s Jackie Robinson breaking the color barrier in the sport, however America’s favorite pastime has been failing to gain traction amongst Black youth players.

An Atlanta-based mentoring program however, has been working to change that narrative. Headed by Atlanta native and former Chicago Cubs outfielder CJ Stewart, L.E.A.D., which stands for launch, expose, advise, direct, aims to assist low-income Black youth by igniting the spark of playing hardball.

Stewart, equipped with a history of coaching major league players like Jason Heyward and Dexter Fowler, is doing all he can to keep the spirit alive despite rising inflation costs.

L.E.A.D. not only provides transportation to children for games and then back home, but after-school meals and haircuts.

Unfortunately, rising gas costs faced across the country have forced Stewart to cut the program from 50 children to 15. L.E.A.D. no longer has enough funds to pick up all the children and similarly, parents cannot afford the drive there and back.

“They’re very frustrated, but you can’t have fun without funding,” Stewart said, per the Atlanta Journal-Constitution.

According to the American Baseball Research Association, only 7.2% of the players on this season’s MLB Opening Day rosters were Black, down from 7.6% last year.

Experts suggest that the decline in Black baseball players is due to the slow and lower-paying rise to stardom compared to the NFL and NBA. While basketball and football players can start earning big bank right out of college, it may take years before minor league baseball players see any real money in the majors.

There is also the matter of politics.

“If you’re a Black kid and don’t want to succumb to white culture, the last thing you want to do is play baseball. I struggled with that,” Stewart said. Nonetheless, he encourages kids to pursue the sport.

“They don’t see us often on TV, so we don’t get marketed,” Jackson said. “We need Mookie and Tim Anderson on TV. You can’t be who you don’t see.”

The Jackson Gamers Alliance will additionally fund 42 players, in honor of Robinson, for the L.E.A.D. summer programs in Atlanta.