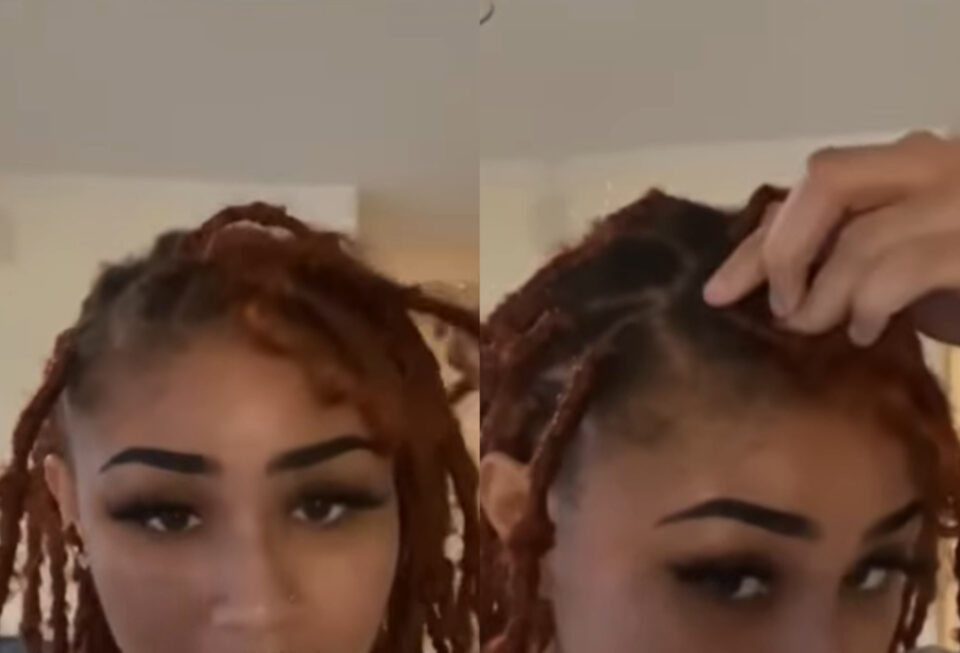 Talk about a bad hair day.

After an unsatisfied customer refused to pay a hairstylist for her work, police were called to satisfy the matter.

An Atlanta hairstylist installed faux locs into customer Pasheun Perry‘s hair. The commercial model went to the hairstylist’s apartment to get a new hairdo, and after seeing the results, decided not to pay for what she said was a “puffy” and “hot mess” on top of her head.

According to the series of videos, posted by The Shade Room, the model pulled out her phone to record the discrepancy that sparked after she asked for a refund and refused to pay the hairstylist the remaining 50% of the already paid deposit.

Perry told the hairdresser what she did not like about the hairstyle.

Claiming the color of the customer’s hair and the extensions she chose was totally different, the hairstylist said it was the reason why the result did not reflect any of the photos Perry reviewed of her work before booking.

“I’ve had [faux] locs before and I’ve had color on it, but it’s never this puffy,” Perry said.

“If you have a problem with paying me, you know you can…go to jail for that, right?” the hairstylist replied.

The conversation headed to the parking lot of the hairstylist’s apartment complex after she called the Atlanta police on her client.

“This woman here has put this hot mess in my head and is now calling the cops on me because I don’t want to pay for it and asked her to take it down,” Perry said into the camera.

Perry panned the camera on the hairdresser talking to the police on the phone in the background, before she told her client “you can leave.” Perry insisted on staying to explain her side of the disagreement.

The Shade Room reported that after police arrived on the scene and assessed the situation, the customer was advised to pay the hairstylist $100 to avoid going to jail.

“Here’s what I can tell you. The finished product is already finished,” the officer said. “Service is already done, which means you have to pay her for that service.”

Perry posted her decision to pay to “avoid spending her son’s birthday in jail,” on her Instagram story, and got her hair redone by a different hairstylist the next day.