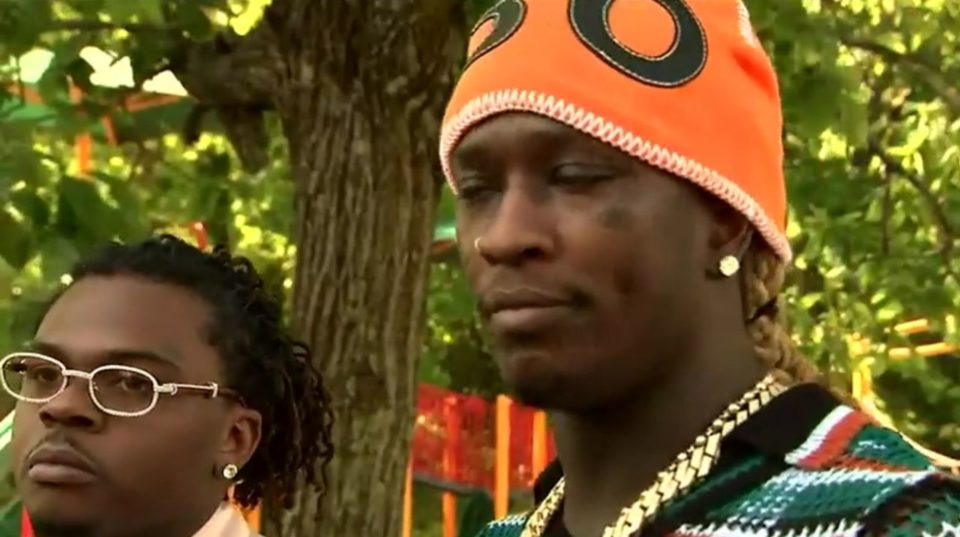 Two Atlanta rappers helped reunite low-level offenders with their families by posting bail for them over the weekend.

According to WSB-TV, hip-hop artists, Jeffery Lamar Williams, better known to the world as Young Thug, and Sergio Giavanni Kitchens, who uses the rap moniker Gunna, generously posted bonds for 30 inmates at the Fulton County Jail whose families and friends couldn’t put up the bail money.

“This is where we are from,” said Young Thug, in an interview with WSB-TV. “We just woke up and went to the jail with the lawyer and you know DA’s and the prosecutors, you know, the bonding companies and just got as many people as we can out.”

Revolt TV also reported that the label for both artists, Young Stoner Life Records, filmed an emotional video of the people they helped post bond reuniting with their families. They plan on using the footage for an upcoming YSL music video. The families were then treated to a home-cooked meal.

“You never know what somebody been through. There was people sitting out three or four years and couldn’t get out on a bond,” said Gunna. “If they did the crime, then they can do the time, then it’s all right. But it’s like you’re giving them a bond higher than what they stole.”

“It feels so good to the point where you start feeling that’s why God put me here; he put me here to do this,” Young Thug added.

The rappers have also said that this will not be a one-time thing as they plan on doing this again in the future. They didn’t disclose how much money they spent.

Fulton County Jail, according to a WSB-TV report in February has 2900 inmates, about 400 over capacity. “This is some of the worst conditions I’ve ever seen,” councilman Michael Bond told the station at the time.