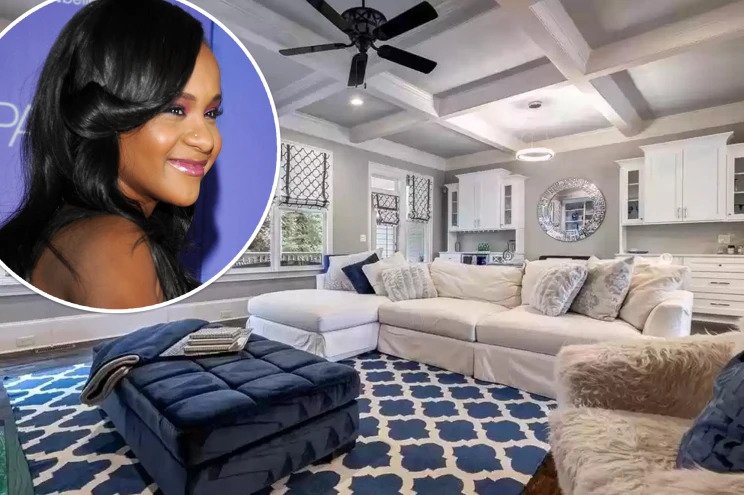 The Atlanta home where Bobbi Kristina Brown overdosed in the bathtub and then later died is officially now off the market.

The home’s somber history had been a hindrance for many potential buyers to move forward with a purchase, Keller Williams Realty agent Jill Rice told TMZ.

Sadly, in 2015, Brown was discovered face-down and unconscious in one of the bathtubs in the townhouse by her then-boyfriend Nick Gordon. She was placed into a medically induced coma for nearly seven months before she died from what was determined as an “immersion associated with drug intoxication.” Gordon was found civilly liable for his late partner’s death, but he was not charged. He died three years later from a heroin overdose in 2020.

At age 48, Brown’s mother, Whitney Houston, passed away three years before her daughter, in 2012. She was found unresponsive in a bathtub at the Beverly Hilton Hotel. The coroner’s reports confirmed that she drowned accidentally.

It’s located in a 24/7 gated community, encompassing about 2,600 square feet of living space, and features a gas fireplace in the master bedroom and two guest suites with private baths. Other amenities include an elevator, covered patio, kitchen, and a two-car garage. Residents have access to private basketball courts, a pool, walking trails, an exercise facility, and green space along the city’s Chattahoochee River.

Beyond its daunting past, the home is tucked away in a neighborhood that even an older couple looking to downsize would enter into a bidding war over with another potential buyer, as per TMZ. The number of offered luxury features and amenities would also appear desirable to new buyers.