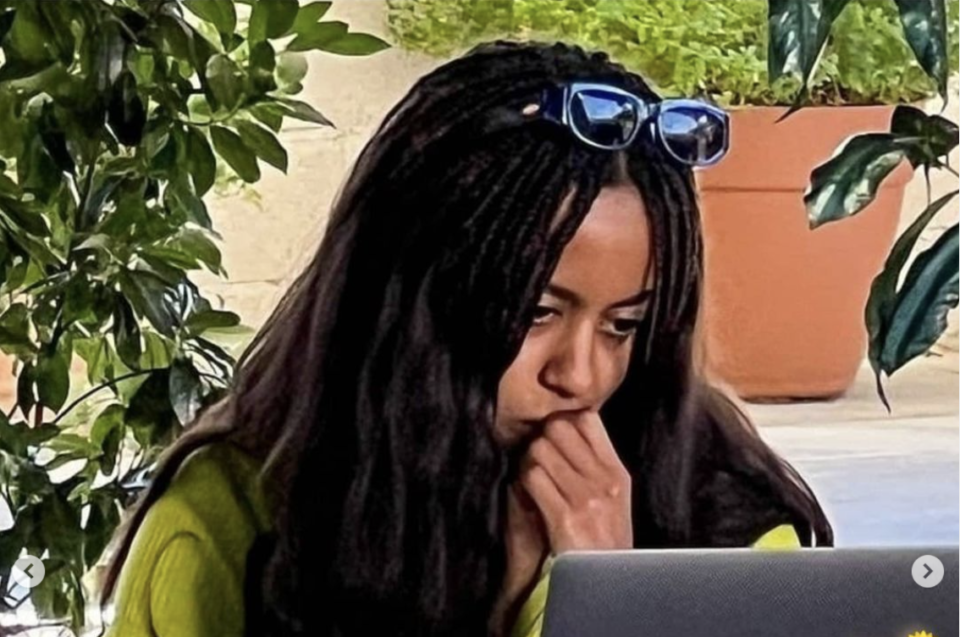 Twenty-three-year-old Malia Obama is making her mark in Tinseltown.

The typically-lowkey daughter of former President Barack and forever First Lady Michelle Obama was tapped to be a part of Emmy-Award winner Donald Glover’s writing team for an upcoming series for Amazon Studios. Although Malia’s involvement with the project was first announced in February, Glover confirmed his newest writer joined the group.

The Atlanta writer and star secured an eight-figure deal with Amazon Prime to pen a television show about a “Beyoncé-like figure.” Playwright Janine Nabers is also a part of the project.

About Malia’s talent, Glover expressed that he was impressed by the 23-year-old woman.

“I feel like she’s just somebody who’s gonna have really good things coming soon. Her writing style is great.”

In 2014, Malia’s first break into Hollywood came when she was 15-years-old. She served as Halle Berry’s production assistant on CBS’ Extant. Steven Spielberg produced the series. The Harvard graduate also worked as a summer intern on Lena Dunham’s HBO series Girls.