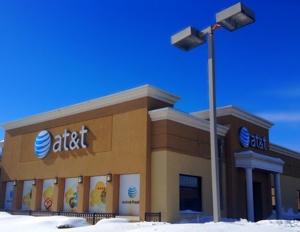 The company wouldn't disclose how many users were affected by the hack.

If you’ve received mail from AT&T via the USPS, it may be more than just a bill.

The company has reported a breach in its security that left an undisclosed number of users’ information compromised, including social security numbers and birthdays, according to Recode.

The breach was disclosed in a filing with the California Attorney General’s Office.

What’s worse is that the company is only now revealing the April hacks – two months after the information breach. AT&T isn’t stating why it took so long to reveal the hack, but the company has contacted affected customers through letters in the mail.

According to Business Insider, the theft was done by three independent contractors working with an AT&T vendor. The contractors were looking for unlock codes in order to unlock AT&T devices to resell them for use on other networks.

As for the affected customers, the company will offer a free year of credit monitoring. AT&T is also recommending that customers change their passwords if they were contacted in relation to the security breach.