Avery Sunshine On A Cloudy Day 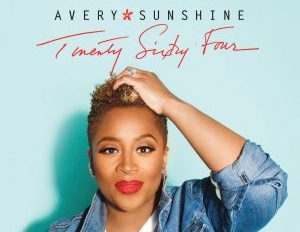 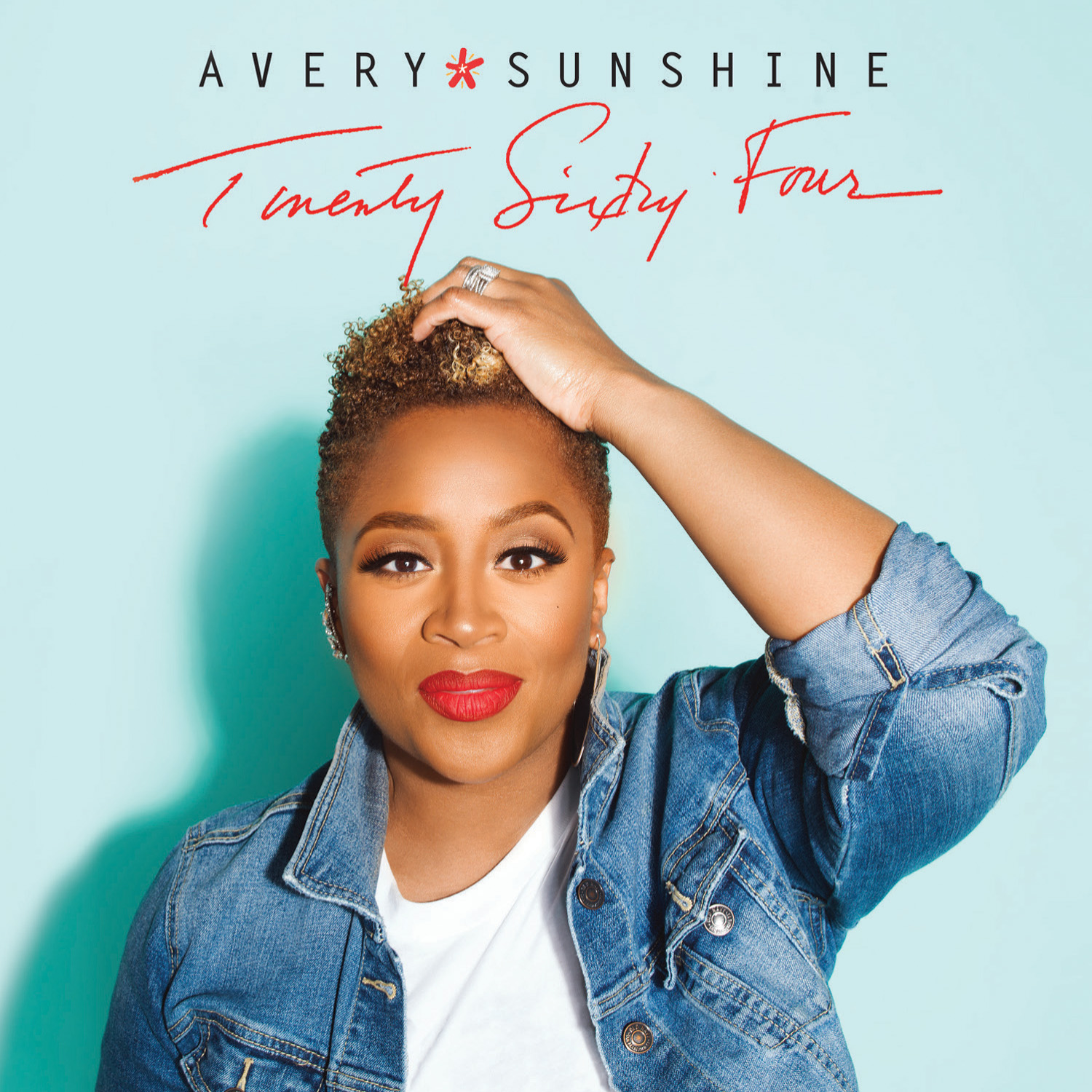 Avery*Sunshine is just what her surname suggests: sunshine. During our half-hour phone chat, her ebullient spirit was evident. She seemed to be more of a long-lost friend than the rising star who has been heating up the Billboard R&B charts for the last seven years with her radio smashes “Sweet Afternoon,â€ “Ugly Part of Meâ€ and “Call My Name,â€ which scorched its way to No. 1 (for a combined six weeks) on the Adult R&B Airplay chart in 2014. Is it a coincidence that she called this writer after a cloudy morning of mist in Washington, D.C. where she and her producer/husband, Dana Johnson, recorded a Tiny Desk concert for National Public Radio (NPR)? It seems as though the sun came out as just as they rode into the city.

The dynamic duo is on the grind, promoting Sunshine’s third studio album, “Twenty Sixty Fourâ€ (BigShine/Shanachie), which features the current radio hit, “Come and Do Nothing.â€ The 14-track set revolves around their romance. Both had previously been married with children and planned to never march down the aisle again. Then, out of the blue, Johnson proposed last year. “One of the first things I did was pray,â€ Sunshine recalls with a slight chuckle. “I prayed to God and my prayer to God was that, `If you would just give me until 2064 with this incredible human being, I’ll be 89 and he’ll be 91. If you give me until then, I’ll stop cussing, I’ll eat right, I’ll work out every day. I’ll say my prayers. I’ll do anything I’m supposed to do.’â€

As one of the most buzzed about voices in urban soul music circles, Sunshine is supposed to make great music and that’s just what she does on the project. “These days there are a lot of singers who can sing well but they often lack a unique vocal personality,â€ says Randall Grass, general manager of Shanachie. “Avery*Sunshine has emotional depth. Aside fromÂ having a great voice, she always delivers an absolutely unique performance, full of humanity, warmth, and a feeling that people can’t help but respond to and it’s an all-too-rare, special gift in these times. ”

The cleverly penned songs range from the equivocal fare-thee-well tune “Come Do Nothingâ€ and the sensual “Everything I’ve Gotâ€ to the acoustic “Prayer Room,â€ which echoes The Impressions’ “People Get Ready.â€ At times, Sunshine employs the sweetness of Shirley Murdock’s vocal tone, the primal wails of `70s era Natalie Cole or Chaka Khan, the gospel-styled piano skills of Aretha and also the clipped vocal runs of Jennifer Holliday. The bouncy “Used Carâ€ compares a new relationship to a well-kept old car, while on “Ice Cream,â€ she sings blissfully of her new marriage, declaring that, “I’d give up ice cream just for youâ€ and that she’d even give up her expensive Jimmy Choos. It’s a totally satisfying album, showcasing a reverence for `70s and `80s era R&B while keeping the sonic party fresh and new.

Sunshine was born Denise Nicole White in the Chester, Pennsylvania, area. She did not grow up with center-stage ambitions. She was happy as a supporting player. She began taking classical piano lessons at the age of 8 years old and her Aunt Tootsie was her earliest musical influence. While many children resisted attending church, she looked forward to seeing her Aunt play the keys at the Spencer A.M.E. Church. “She would play the piano and this other lady, Miss Gloria, would play the organ,â€ she remembers. “They would sing duets and they’d get the choir going. It felt like they were running the service. There was something very powerful about these two ladies both conducting the service with their instruments.â€

When Aunt Tootsie wasn’t available, she’d often have Sunshine play in her place. Soon, she was playing at churches around Chester and earning $175 a service by the age of 13. She later joined the GrammyÂ® Award nominated Wilmington Chester Mass Choir before heading off to Spelman College. There, she and classmate Maia Nkenge Wilson formed the duo, DaisyRew. They sang at both churches and clubs.

“I have no idea what I’d be doing if I wasn’t doing music,â€ Sunshine confesses. “This is all I’ve ever done, all I ever wanted to do. Doors just always opened musically.â€ During that season, friends referred her to their friends and those referrals led to gigs working with Broadway legend Jennifer Holliday, touring with Tyler Perry’s Meet the BrownsÂ stage play and even appearing in “Fighting Temptations,â€ a film starring Cuba Gooding Jr. and BeyoncÃ©. “Stuff just happened and I just went with it,â€ she says. “I wasn’t going to be an artist.â€

That is until Dana Johnson, a gifted guitarist and producer who had collaborated with India.Arie, strummed his way into Sunshine’s life. They met at St. Paul A.M.E. church in Atlanta where Sunshine was working as the music minister. Johnson began to produce DaisyRew. When Wilson was cast in a Broadway production and left the group, Johnson talked the hesitant Miss Sunshine into continuing as a soloist. They started their own label, BigShine, and collaborated on songs such as “Stalkerâ€ which was remixed with a House Music beat by Chris Brann. It became popular in Japan and led to engagements for Sunshine in the land of the Rising Sun.

It’s during that period that Denise White rechristened herself as Avery Sunshine (named for two of her favorite film characters, Shug Avery from The Color PurpleÂ and Sunshine from Harlem Nights). Big Shine released the eponymous Avery*Sunshine album in the United States in 2010. The radio single “Ugly Part of Meâ€ reached No. 8 on Billboard’s Hot R&B/Hip-Hop Singles Sales chart that year.

By 2014, BigShine had partnered with Shanachie Records to release the critically acclaimed album, The Sun Room. That stunning set featured “Call My Nameâ€ and “Sweet Afternoon.â€ Now, “Twenty Sixty Fourâ€ has arrived to solidify Sunshine’s status as one of the leading voices of 21st-century soul music. On release day, the project shot up to No. 1 on Amazon.com’s Soul digital album sales chart and the Top 10 on the iTunes R&B digital album sales chart. Sirius XM The Heat’s overnight air-personality, Lightskin Classic, wrote on his Twitter feed that, ” This new Avery Sunshine album is real smooth, real grown, good R&B right here!â€

Now, that she’s conquered the music world, what’s next? “TV,â€ Sunshine says with a cloudburst of excitement. “I’m hooked on Netflix. My latest Netflix crush is Grace & FrankieÂ with Jane Fonda and Lily Tomlin. Oh, my God! I want to be in a series where you learn these characters. The way they develop the characters is amazing. I would love to do that. I have to work on my own Netflix series one of these days!â€

SIDEBAR: What deceased artist do you wish you had the chance to meet?

Shirley Horn. When he was about 18 years old, my brother, Darryl, who is a musician, gave me her `Here’s to Life’ CD. This lady was singing and playing the piano and I had never heard anything like that before in my life. I was acquainted with Aretha Franklin, Roberta Flack, Carole King, and Patrice Rushen. They weren’t just vocalists. They were instrumentalists as well but Shirley Horn was new to me.

I remember putting it on and there’s something about the space. She allowed music to breathe. I had just never heard anything like it in my life. She was so tender with her music. There was something about that woman that touched me… I would have loved to have just sat and watched her, just to be in her presence. She wouldn’t have had to say a word, just let me sit there and watch…â€