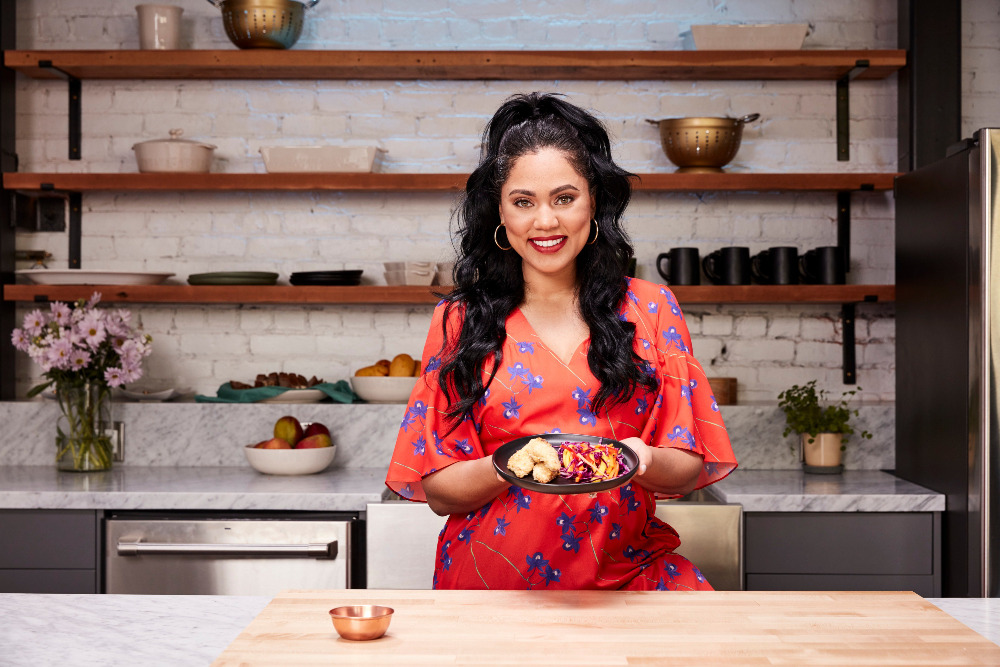 The business empire of Stephen Curry and his wife, Ayesha, is rapidly expanding. Ayesha Curry has released a video on her social media channels announcing the launch of a new magazine titled Sweet July.

Meredith Corp. previously announced in January that it will partner with The New York Times best-selling author, restaurateur, chef, television host, and producer on a new lifestyle magazine.

“Ayesha’s fresh and influential voice has an impressive connection to 9 million passionate fans and followers,” said Doug Olson, president of Meredith Magazines, in a written statement. “We’re excited to work with her to expand her voice to magazine media and inform her already strong base on a wide range of lifestyle issues, including food, wellness, family and community.”

“Last fall, I was offered the opportunity to create my own magazine. Besides it having a cover and pages and pictures, I was given the blank slate to make it whatever I wanted” Curry said.

“After a lot of thought and self-reflection, I decided that what I wanted was to tell stories with substance about things that matter. Showcase people doing groundbreaking things and supporting their communities. Give people information but also inspiration. I wanted my girls to be able to see themselves in the pictures and the stories, and feel like not only is there a place for them in this world, but that the skies the limit for what they can achieve. And then the craziest thing happened.. We made it! And we called it SWEET JULY. Why? Well, all three of our babies were born in July, we got married in July and it’s the 7th month in the calendar year. It’s the time in my life where I find I have the most joy and excitement. I wanted to carry that through every day and simply honor and find gratitude in the big and the small moments.

“To celebrate (and to pay homage to one of the greatest scenes in movie history), I enlisted the family to make a little home video. Shot and edited by my brother Jaz (or as my kids call him “Uncle Jaz”). Initially this was supposed to launch under much different circumstances. It’s only fair to rename this: “THE DEVIL WEARS SWEATPANTS” SWEET JULY COMING SOON!!!!”