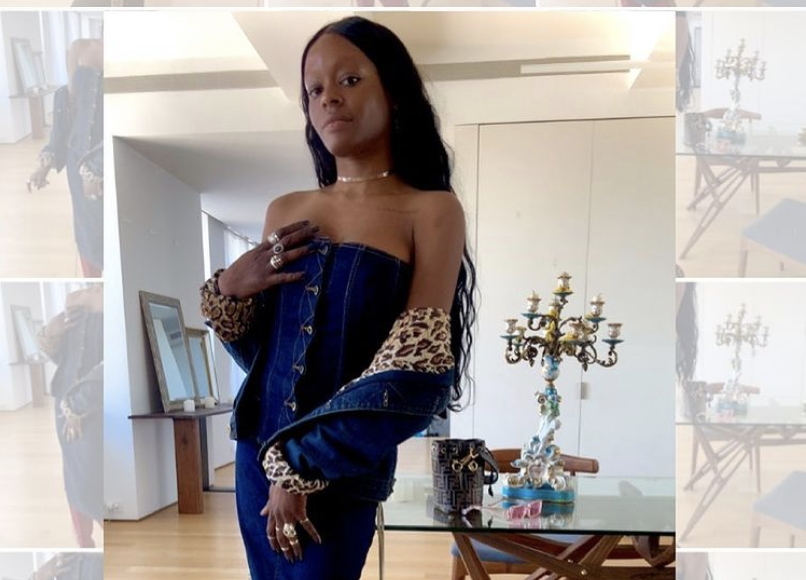 Azealia Banks is known for not mincing words, and after conservative pundit Candace Owens disrespected the legacy of Juneteenth, the New York-born rapper gave the filthiest of reads.

On June 18, Banks responded with the wrath of our oppressed ancestors via social media, and it was a drag for the ages.

“According to this logic, on July 4, 1776, you would still be enslaved,” Banks wrote in a now-deleted Instagram post. “Most likely on the verge of starvation due to all of America’s food supply having been prioritized for the war, while you hand sew American flags and struggle to wet nurse some depressed 24-year-old white widow’s sickly child until your nipples are chapped and dry.”

She continued her epic flaming of Owens, saying, “Whereafter, you will be whipped by her 80-year-old uncle for your own malnourishment and inability to produce milk, then sent to toil over a wood-burning stove — blistering your hands while [being] forced to make a peasantly meal of biscuits and gravy.”

Not only did Banks annihilate Owens’ inner white woman, but she also added,

“You will be watched closely by her irate, sunburned and whisky-soaked 80-year-old uncle to be sure you do not sneak a single biscuit or fingerful of roux to yourself. After you’ve watched everyone eat, you will be sent to do the cleaning up. Your last task will be brushing the stressed and balding white widow’s hair to prepare for her sleeping bonnet, a deep rest in her comfortable canopy bed. Next, your final descent down the stairs and out the back door where you proudly sleep on a bedbug-infested pile of hay in a 6×4 cabin you share with 4 other slaves. Happy Independence Day @realcandaceowens.”

A Murder in Three Acts by Azealia Banks pic.twitter.com/kpiy4dALrV

Twitter users reacted to the righteous read by Banks with awe and hilarity.

i felt every fuckin word . some pale skin prob make another slave movie off this . they always gettin rich off our demise . ‼️‼️

THANK F*** SOMEBODY FINALLY TOLD HER.. @RealCandaceO you want to be a @GOP slave so bad. Sweetie, you’d be in the fields.

Well, that’s that on that. Happy Juneteenth!