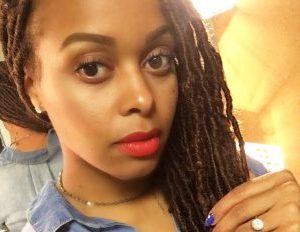 Singer and songwriter Chrisette Michele is the latest target of black Twitter’s wrath after it was revealed Wednesday that she will perform at President-elect Donald Trump’s inauguration. As a result, the 34-year-old singer has been added to theÂ list of black entertainers and athletes who have been lambasted as “sellouts” after meeting with the controversial billionaire.

Musician QuestloveÂ responded to the news about Michele’s upcoming performance, tweeting that he would “pay Chrisette to NOT perform.” Meanwhile, Spike Lee shared an Instagram postÂ declaring that he will no longer consider using her song “Black Girl Magic” in a new NetflixÂ series he is producing.

When black folks find out Chrisette Michele is sangin’ for Trump! pic.twitter.com/kzNQGSCHFN

In response to the controversy, Michele penned an open letter proclaiming that she is “willing to be a bridge.” Although she did not specify what exactly she intends to connect as a “bridge,” it would be laughable to think that she could mend the non-existent relationship Trump has with the black community. Trump only scored 8% of the black vote in the general election because his policies, campaign rhetoric, and history of racist tendencies are an offense to African Americans. The fact that he led the birther movement questioning the legitimacy of the first black president, called for the deaths of the five teens of color wrongly accused in the Central Park Five case, and was sued by the Justice Department for housing discrimination against African Americans has tarnished the hope that he would ever be fully trusted, accepted, or embraced by our community. So if he thinks that meeting with black entertainers like Steve Harvey and Kanye West, and booking blacks artists to perform at his inauguration is going to rectify his reputation, then he needs to get a grip on reality. Taking photo ops with black entertainers is not going to win us over. If he were serious about building a bridge, then he should reach out to black community leaders, policymakers, and black congressional members–people that have and can make a real difference in our community. Until then, he should expect people of color to put up guards of resistance against him and his administration. And black performers who choose to align themselves with the reality star should expect to be scrutinizedÂ by the black community.

The views expressed in this piece are that of the author and do not necessarily represent Black Enterprise.

Selena Hill is the Associate Digital Editor at Black Enterprise and the founder of Let Your Voice Be Heard! Radio. You can hear her and her team talk millennial politics and social issues every Sunday at 11 a.m. ET.