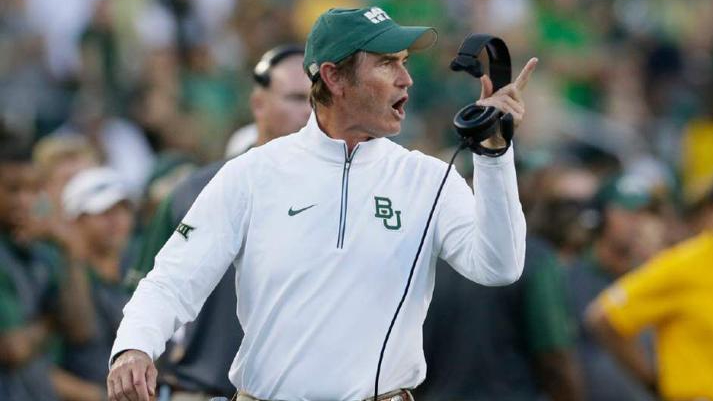 A controversial former football head coach who was just hired as an offensive coordinator at an HBCU has resigned less than a week after taking the position.

According to CBS Sports, Art Briles, who was recently brought on as offensive coordinator for Grambling State University, has decided to relinquish the position after the backlash sparked by his hiring. Briles was involved in controversy when Baylor University fired him in 2016. The school determined that he did not take any actions against players accused of sexual assault during his tenure.

“Thank you for giving me the opportunity to be part of your coaching staff at Grambling State University,” Briles said in a statement released earlier this week as reported by the Associated Press.

“Unfortunately, I feel that my continued presence will be a distraction to you and your team, which is the last thing that I want. I have the utmost respect (for) the university, and your players.”

Briles’ decision was made after first-year coach Hue Jackson hired him and it caused backlash from prominent sports figures including former Grambling State alumni Doug Williams. Williams, who currently works for the Washington Commanders and led the formerly named Redskins team to a Super Bowl title as the first Black quarterback in 1988, balked at the hiring.

The Washington Post reported that Williams, special adviser to Commanders President Jason Wright, said he had a conversation with Grambling Athletic Director Trayveon Scott several times and the school knew where he stood on the hiring of Briles.

“I don’t know Art Briles; I’ve never met him in my life,” said Williams, who also coached Grambling State twice in previous years. “But the situation, nobody else would hire him for whatever reason. I don’t know why Grambling State had to go be the one to hire him, so I’m not a fan at all.”

Briles has not coached since May 2016 after being suspended and fired after eight seasons after an independent investigation into Baylor’s handling of sexual assault allegations during his tenure. Pepper Hamilton L.L.P. discovered that Briles and his staff had not properly handled Title IX issues on his football team.