Backlash Over HBCU's Decision to Perform at Trump's Inauguration 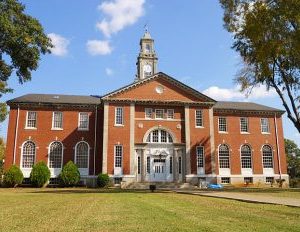 Talladega College, the oldestÂ private historically black college in Alabama, is under scrutiny for acceptingÂ an invitation to perform at the inauguration of President-elect Donald Trump, on Jan. 20, 2017.

An alumna started a petition protesting the decision, while many people have expressed disapproval on social media.

Here is an excerpt from an article in the Huffington Post on the matter:

The 200-member Talladega CollegeÂ Marching TornadoesÂ feature on a list the presidential inauguration team released of entertainers scheduled for Jan. 20, AL.com reports. Other historically black schools, such as Howard University, have turned down offers to perform at the event.

Talladega College officials had yet to comment on the controversy, but news of the band’s reported participation outraged many, including graduates of the school.

Shirley Ferrill, a 1974 alum, launched a petitionÂ Monday, urging the college to withdraw from the event. ‘In view of his behavior and comments, I strongly do not want Talladega College to give the appearance of supporting him,’ she says of Trump in her plea.

Seinya SamForay was among thoseÂ commenting on the school’s social media sites, according to The Associated Press. ‘After how black people were treated at Trump’s rallies, you’re going to go and shuck and jive down Pennsylvania Avenue? For what?’ said Seinya SamForay to The AP.Â  ‘What they did is a slap in the face to other black universities.’

Ron White of Atlanta, a 1997 graduate of Fort Valley State University in Georgia, questioned why Talladega musicians ‘should be playing all these patriotic tunes for someone who has degraded us.’

Some hit back at critics, saying the opportunity was ‘too good for the band to turn down.'”