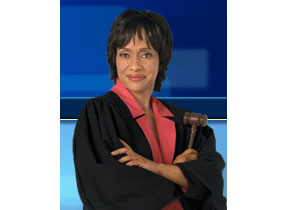 At any given time of the day, viewers can peer into the courtroom of Judge Glenda A. Hatchett. Ruling with a stern yet compassionate gavel on the nationally syndicated court show Judge Hatchett, now in its seventh season, she continues to boast her highly effective, distinct approach in handling juvenile and family court cases. The Atlanta native and mother of two is also the national spokeswoman for the nonprofit organization CASA (Court Appointed Special Advocates), which trains volunteers to help abused and neglected children navigate the court system. Here, the 55-year-old discusses her televised mission and why everyone should be committed to nurturing today’s youth.

You’ve been on the bench since 1990, beginning in Georgia’s juvenile court system. During your tenure, what behaviors were most common?
Most people would be surprised to find out that truancy is the No.1 predictor among boys that they are going to have a criminal record, and the No. 2 predictor among girls. But in terms of the actual caseload, we had an explosive number of children involved in drug dealing. And we saw a corresponding rise in weapons charges because kids were packing weapons to protect their turf.

Who’s to blame? Does the problem fall on the shoulders of the kids, their parents, or their environment?

You’re a big advocate of prevention and intervention. How does your approach work compared with typical punishments?
Well, when the Olympics were in Atlanta in 1996, I went to a group of local business leaders and said, “I need jobs. I need jobs for my kids in juvenile court. I need them to also be the beneficiaries of the coming economic boom.” And I will tell you, that summer we had a decrease in juvenile crime because my kids were working. We have got to figure how we can provide opportunities for children so that they don’t end up in juvenile courts like mine throughout the country. Once they do get to me, then I’ve got to figure out how I can keep them from further penetrating the system. That’s when I do the interventions. That’s where I do the wake-up calls.

What are some of the responses you get from these kids after you’ve shown them where they may be headed if they don’t change?
What they say to me most often is, “This has saved my life.” I have a 15-year-old who came in a few years ago. She was taking money to strip and possibly prostituting herself. So I sent her to spend the entire night on the streets of New York with some former prostitutes. One of these women was HIV positive. This woman said to her, “I wish I could be