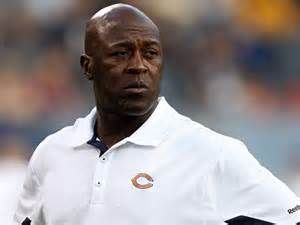 Lovie Smith knows football. With more than 25 years of experience and a passion for the game, the head coach of the Chicago Bears led his team to two first-place finishes in the NFC North division and straight to the Super Bowl this past February. Smith, who characterizes himself as a “pretty classic guy,” may have lost the game, but he is not deterred. As he readies for his fourth season with the franchise, the 49-year-old Texas native discusses the history-making feat and how the NFL is maturing.

You entered Super Bowl XLI as a head coach–a milestone of personal and professional achievement. So, how was it?
Well initially, it never crossed my mind. I was just the head coach of the Chicago Bears trying to help our team get a win and get to the Super Bowl. Once we won the NFC championship game against the New Orleans Saints, then it hit me.

Are you looking forward to leading the team to another Super Bowl berth?
Definitely. It’s one thing to get there. But Tony Dungy did a great job, and the Indianapolis Colts have the ring. So I might have been the first to get to the Super Bowl, but now I’d like to get our team back there. Whatever goes with that, that’s what we’re shooting for.

Though Coach Dungy won the victory, he’s a friend as well as a mentor of yours, so I’m sure experiencing the journey together was special.
It truly was a great experience. You know, sometimes you try to downplay it as much as possible. But as you look at young guys in the coaching profession, you have this picture: what a coach looks like, sounds like, how he’s supposed to act, and what he’s supposed to do. And that picture, for a lot of years, wasn’t of a black man on the sideline.

How have you seen the NFL evolve regarding diversity?
When I was coming up through the ranks, there were only a few minorities. There were a lot of years when I was the only black guy on the staff. I saw diversity in the NFL as it started to grow. Right now, it’s at an all-time high. Look at the Super Bowl this year: We had two black head coaches, which shows how far we’ve come. At the same time, it’s not like we’ve made it to the mountaintop. We’re just getting started.

Do you feel that being black handicapped you in terms of being able to set fair and appropriate standards for compensation?
I can’t say that the reason I was the lowest paid head coach in the NFL this past year was because I was black. When I took the job, I signed a contract, and at the time that’s what most one-year coaches made. Color and everything else goes out, and in the end coaches will be judged based on wins and losses–the coaches with the most wins get paid the most amount of money. That’s the case with me. I’m not the lowest