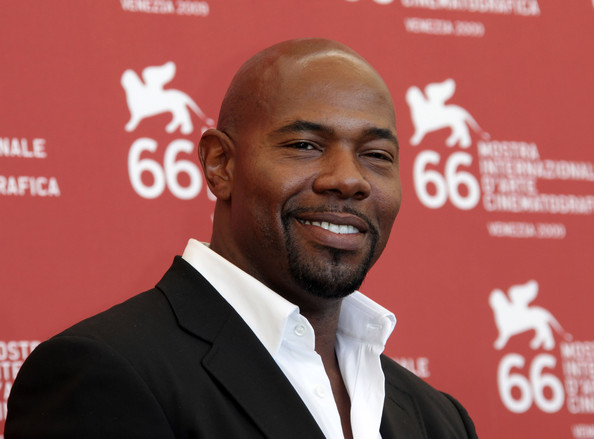 Film director Antoine Fuqua is one of a handful of black directors who makes action/suspense movies with box office success. In 2001, his movie Training Day brought in $77 million at the domestic box office and earned Denzel Washington a Best Actor Oscar.

While filming his latest movie, Brooklyn’s Finest, Fuqua involved the local community in the production by employing hundreds of residents of the Van Dyke housing projects, the central location in the storyline. But he didn’t stop there. At Fuqua’s suggestion, Langley Films, one of the film’s producers, donated roughly $100,000 in equipment in 2008, including five cameras and editing software, to start the Fuqua Film Program, a 12-week summer program for Brooklyn youth. His goal is to enroll 15 to 20 kids each year; teach them the craft of directing, writing screenplays, editing, and other skills; and have them each shoot a short film.

The 44-year-old Pittsburgh-born director spoke with Black Enterprise to discuss his inspiration for the program, the obstacles he came across, and the future for black filmmaking.

Why did you think it would be a good idea to create a film program for youth?
I wanted to give kids a chance to learn the arts. When we did Training Day, most of the guys weren’t actors, you know. They were from the neighborhood–so-called gang members. I went back down there and a lot of them were dead or in jail. It was heartbreaking for me. So when I got an opportunity to shoot in Brooklyn, I wanted to find a way to give them something and not just leave them behind.

What are the goals of the Fuqua Film Program?
I want to give kids an opportunity to better understand what it means to be a filmmaker. I never had that growing up. I just watched the movies. Some people love the fantasy of it but there is a lot of work that goes into it, and that is what I want them to understand. You have to learn the craft, but also to show that you don’t have to be an actor or director. You can be a grip, electrician, makeup artist, set designer, set decorator, whatever. And some of them have careers that last longer than the people in my position.

What were the challenges of working with youth in an economically depressed community?
We discovered one of the guys in the program could barely write. He had a vision, he could talk it through, but he couldn’t write it out in any way. He needed a lot of help in a lot of areas, but he had something he wanted to say and he actually did a really good short film. That is something that we have to now find a way to deal with. I think there is a lot of talent with these kids. Obviously, we want them to have a certain level of reading and writing and I haven’t determined exactly what that level is because the playing field is not that even. So I try to make it open to any young kids who have the passion for it and take it from there. I don’t want to exclude someone just because their skill in writing is not up to par.