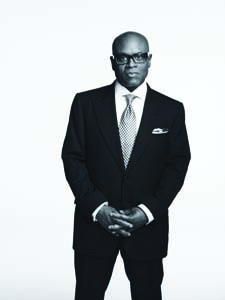 Antonio “L.A.â€ Reid has stayed professionally in tune since the 1980s, when he was part of R&B group The Deele and then co-founded LaFace Records with fellow member Kenneth “Babyfaceâ€ Edmonds. The 55-year-old, who in July was officially named chairman and CEO of Epic Records, has had a hand in the careers of hit makers such as Usher, Pink, OutKast, and Mariah Carey. He also produced teen pop star Justin Bieber’s feature concert film Justin Bieber: Never Say Never, which was released earlier this year. In September, Reid hit prime time as a judge on Fox’s The X Factor, the latest music talent competition imported from the United Kingdom featuring music mogul Simon Cowell. Black Enterprise talked to the Grammy-winning producer and songwriter about the new show, how to get in the decision-making seats in the music business, and hisÂ  inspirations.

What compelled you to do The X Factor?
I always liked the idea of platforms to discover and identify talent. In the music industry, we have often struggled with those platforms, and one of the most innovative ideas was television talent competitions. So Simon [Cowell] talked to me about it, and I loved the idea and signed on. It’s really that simple.

You started your career in music as a drummer. Had you always planned to be an executive?
A little bit, yes. I’m inspired by legendary record men like Berry Gordy, Ahmet Ertegun, and Clive Davis. I always wanted to be a record man, at least probably since I was 18. So I came into the industry on the creative side and then I started management and learned more about the business.

You took some classes at Harvard Business School.
Harvard was a great experience. I did not attend college. I took the Harvard Advanced Management Program for close to 10 weeks, and I lived on campus in a dorm. I stopped running my business and I put 60 to 70 hours a week into the studies. I already knew how to successfully run my business, but it really prepared me to speak the language of corporate America and deal with some of the expectations. I am proud, though. I have Harvard paraphernalia around my office.