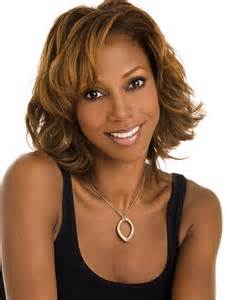 Most remember Holly Robinson Peete from hit television shows such as the police drama 21 Jump Street or the sitcom Hangin’ with Mr. Cooper, but today the actress focuses on events occurring away from the camera. In honor of her late father, who succumbed to Parkinson’s disease, she and husband, Rodney Peete, an ex-NFL quarterback, founded the HollyRod Foundation (www.hollyrod.org) in 1997. The organization helps families financially impacted by Parkinson’s disease and other illnesses. Just two years later, the 43-year-old received more life-changing news: her son, Rodney Jr., was diagnosed with autism, a disorder that impairs communications and social development.

After a brief bout with denial, the proud mother says she switched from survival to conquering mode-and it worked. Today, nearly 10 years later, her family has beaten the odds. Despite an initially dismal prognosis, Rodney Jr. is now a preteen who attends a mainstream school and is able to express his emotions. While fame and fortune may have aided the clan, Robinson Peete attributes her son’s successful progress to one thing: determination. BLACK ENTERPRISE caught up with Robinson Peete to discuss fighting for her child to have a normal life and how other black families can do the same.

What was it like first learning of your son’s autism?
Wow-not the best day! Devastating and hopelessness are two words that come to mind. There was no “Welcome to Autism” manual. We felt alone and lost. We were told a lot of “nevers,” such as he will never be accepted in a mainstream school and he will never say “I love you” unprompted.