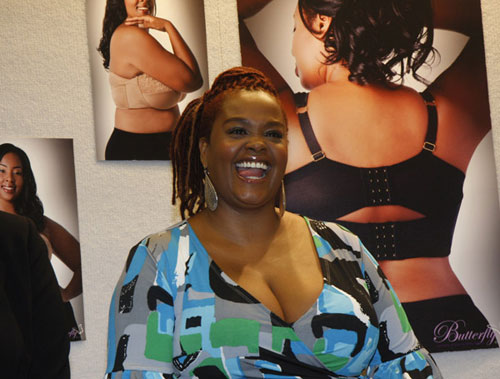 Black Enterprise recently caught-up with the 37-year-old Philadelphia native about her foray into entrepreneurship, the importance of diversifying her revenue stream, and her recent role as series heroine Precious Ramotswe in the new HBO show The No. 1 Ladies’ Detective Agency filmed in Botswana. Scott is the first African American woman to star in a series on the network and is set to be honored by the country with her own postage stamp.

How did the Ashley Stewart joint venture come about?

I never understood why department stores and boutiques don’t pay attention to this market. They are homeowners, they pay taxes, and they have money to spend. So it didn’t seem farfetched or odd to want to go into an area where I see that the need is great.

Every woman in my family is pretty voluptuous. They all have these dark marks and have suffered shoulder pain from bras. I spoke with my business partner and told him that I wanted to create a bra line and that Ashley Stewart would be a great place for it. We met with the company and I brought in bras, fabrics, and materials that I thought would work well. I explained the need and gave them my designs.