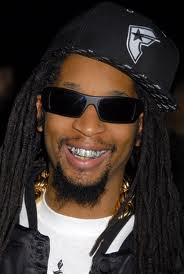 For most of his career Jonathan “Lil’ Jonâ€ Smith has been known as a
rambunctious entertainer who crafts high-energy songs and catchphrases. But during the latest season of Celebrity Apprentice, the Atlanta rapper/producer showcased his business acumen, making it to the show’s final four. The professional demeanor wasn’t just for television, as the 39-year-old performer has his hand in several businesses–including partnerships and endorsement deals with CRUNK!!! Energy Drink and Energy Stix, Oakley Sunglasses, Don Julio tequila, and Little Jonathan Winery. Fresh from the boardroom, Lil’ Jon tells black enterprise what he learned about himself from being on the show and what’s wrong with the recording industry today.

Many had their assumptions about a rapper being on Celebrity Apprentice. What do you hope your participation showed others?
I knew everybody would underestimate me, but I knew how good I would do. Plus I was playing for a great charity, United Methodist Children’s Home, and it was a really good way to bring some awareness to it. I showed a different side of rappers–that we are intelligent and we can be professional.

I think you also showed how what you do in the music world proved vital, in terms of marketing.
Throughout my career that’s all I’ve really done is promoted and marketed myself and artists. I was an A&R executive and did street promotions for So So Def records. I’d come up with marketing plans for albums, identify the [target] markets, and [come up with the concept for] the television commercials. I’ve always been totally hands on with all of those aspects and people don’t realize that.

What did you learn about yourself?
That show pushed me to limits that I didn’t know that I could take. It gave me more confidence. It just makes you say, “I can do anything.â€ It’s way harder than I ever imagined. You have to use every ounce of skill that you have. I thought I had been under a lot of pressure making albums, but doing this is way different because you don’t have time, you have to put it together in a day and you’re in the boardroom the next day.

Your charity is launching a music studio in your honor, which I’m sure you’re happy with given your view on how technology is changing the art.
Technology has made it easy for anyone to be able to go into the studio and think they’re an artist. Back in the day you had to have money or have somebody behind you with money to go in the studio. Record companies are not doing artist development anymore. They just want to sign somebody for a song, put it out, and if it doesn’t do good they move on to the next. It’s totally different now–we don’t have a Prince for this new generation. Prince made some of the most incredible music and on the business side he showed people [not to do] whatever they [music industry] tells you to do. Stand up, be a man. He was anti-establishment.

Should more artists be like this? Do you think the 360 deal, where artists give recording companies a percentage of all of their income, including live performances, has taken away control from artists?
I don’t agree with it and wouldn’t sign any kind of deal like that. I am not giving anybody any of my show money. They started doing that because of the decline in record sales. But if an artist has a platinum single he can go on the road and do shows for a couple of years and they couldn’t touch that money. They don’t care about artists, they just want singles.Â Â Â