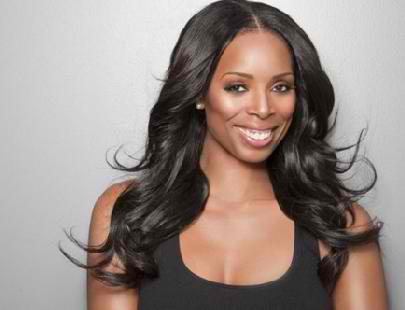 Tasha Smith is the around-the-way girl from Camden, New Jersey, who fans know as the feisty, boisterous, no-nonsense character Angela in Tyler Perry’s Why Did I Get Married? movie franchise. The 41-year-old actress is unapologetically transparent about her personal struggles, including recovering as a heavy drug abuser. Now, the actress is appearing on television as the leading lady of Tyler Perry’s TBS sitcom For Better or Worse. black enterprise caught up with Smith for a candid conversation about whether she is perpetuating negative stereotypes of black women and what business lessons she has learned.

What can fans expect from your character Angela in For Better or Worse?
They are going to see more of a balance. Angela’s home life is something they didn’t get to see in Why Did I Get Married? because she and Marcus were always traveling. She won’t just be going off and acting crazy, which I don’t really feel is her going off and being crazy as much as it is that she’s passionate and committed to her husband and marriage. Of course, Angela has some maturing to do, but a lot of women are insecure and fearful of abandonment, which makes them destructive and reactive. So people will see her as a wife, entrepreneur, and mother as well as see her trying to change and do what’s right.

How do you respond to the criticism that Angela promotes the negative stereotype that black women are loud and combative?
Any woman who has been in a relationship and has experienced anything close to what Angela and Marcus have knows things happen. Angela’s passionate, and if people give [the show] a chance, they will see how she matures as we all do. [Audiences] are going to identify with a lot of the different relationships. I want them to enjoy, laugh, and be inspired.

When you think about your career trajectory and personal brand, where do you see yourself in five years?
My husband Keith Douglas [entrepreneur and author of The Power to Get Wealth: No Money Required] and I launched Speaking Bureau Institute (SBI) to create opportunities for entertainers, singers, and athletes to do motivational speaking. I don’t believe enough black talent is sought for these opportunities. Not that it’s only African American talent, but we are focused on creating that voice in that space. Also, I just launched my own [unisex] fragrance called Us at JustTasha.com.

What is the best advice you ever received?
Best money advice was to save! Take an extra 10% and put it away. It’s not always about having a lot of money, but [being] responsible. If we can go to the mall, then we can save. Also, we have to choose our alliances carefully. I say this as a celebrity entertainer; we have to protect our brand. If you have a brand of integrity and character, the wrong person can contaminate it if you don’t screen everybody who tries to approach you with a proposition. This can apply to anyone who is starting a business or brand.