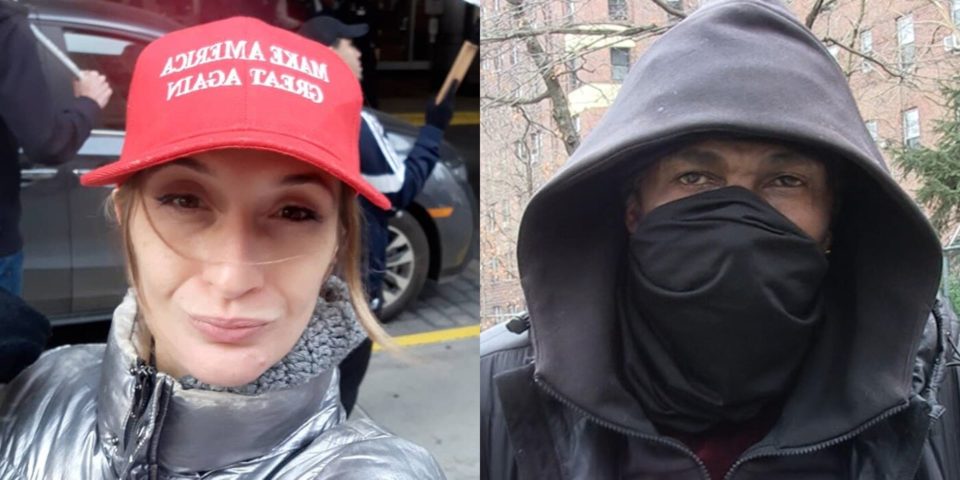 The Black father of Bagel Karen’s biracial children is speaking out against her now-viral racist tirade against a Black bakery employee.

Durven Dawes expressed his worry for their children’s safety as his ex Stephanie Denaro faces public backlash for calling a Black male a “b#tch ass n***er” after she got upset for being denied service due to her not wearing a face mask. Following the March 21 incident that was captured on cellphone footage, Denora has since been dubbed “Bagel Karen.”

Now, the Black man she made children with, is speaking out against Denaro’s racist actions.

“She’s responsible for her actions and she’s damag[ing] our children… by spitting poison out of her mouth,” he told TMZ. He also spoke out against her use of the n-word but, went on to admit that it wasn’t anything new for her. “I have a problem with everybody using that form of language. Even my own children.”

Speaking with reporters, he said if Denaro could get “proper mental care and be monitored effectively” she would pose less of a threat to their children. For his part, Dawes lost a custody battle to Denaro some years back but notes this latest incident is part of a history Denaro has of racist activity. One of her social media posts with her biracial children honors the Atlantic slave trade with claims that “alls well that ends well,” she said in a hashtag.

Dawes went on to apologize to the bakery shop employee on behalf of his family. “I hope you can forgive in your heart. I think you have it in your heart, man,” he said. Meanwhile, Denaro has shown no remorse and has even defended her use of the racial slur. “I didn’t call him the N-word,” she told the NY Post. “I called him a term to describe his behavior.” She added: “Listen, there are different ways to spell things. I called him a specific word.”

When asked if there was anything else she had to say to the staffer that came in the form of an apology, Denaro said she “feels sorry for him.” Denaro has since been banned from the Davidovich Bakery at Essex Market and criminal charges have been filed with the police.