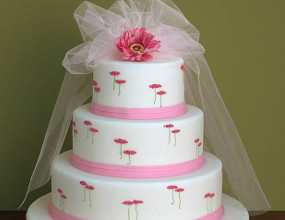 Oregon baker Aaron Klein is the subject of a state investigation after he refused to make a wedding cake for a same sex couple.

A customer of Aaron Klein’s bakery named Sweet Cakes had previously purchased a wedding cake for her mother without incident. However, when her partner attempted to purchase a wedding cake, the owner refused and allegedly said heÂ couldn’tÂ sell them the cake because “they were abominations to the Lord.â€

Klein denied making the harsh statement but admitting to denying her service. He also emphasized the importance of his religious beliefs, saying they’re more important than the state law or his bottom line.

“If I have to…be penalized for my beliefs, then I guess, well, that’ll be what it is,â€ he said. “I believe that marriage is a religious institution ordained by God. A man should leave his mother and father and cling to his wife … that to me is the beginning of marriage.â€

He could be guilty of violating the Oregon Equality Act of 2007 which prohibits discrimination against people based on their sexual orientation and gender identity.

Klein feels his right to refuse service is covered by the constitution.

“My First Amendment rights allow me to practice my religion as I see it,â€ he said.

KATU who originally reported on this story consulted with Portland attorney Paula Barran to see if this case falls under the 2007 statue. She responded: “Statutes don’t get to overcome constitutional protections, so if somebody had a religious-based reason for wanting not to trade with somebody, I think you have a really interesting test case for whether or not a statute like this can apply.â€