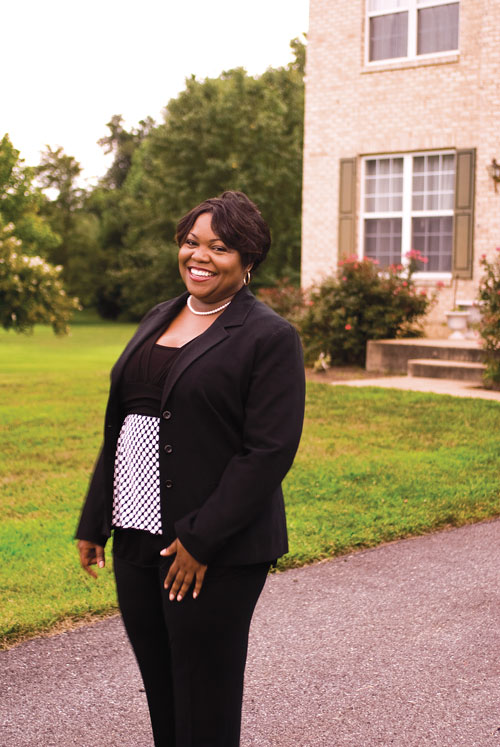 After Shelly Robertson’s nine-year marriage ended in 2006, she quickly adjusted her lifestyle. As part of a two-income household bringing in more than $250,000 each year, Robertson and her ex-husband took spur-of-the-moment vacations to the Caribbean and had the resources to purchase whatever they wanted. But once Robertson became a divorcÃ©e in charge of taking care of the couple’s 10-year-old son, she had less money to work with. The changes forced her to become more aware of her financial decisions. Robertson now has a household income of $106,200, which includes monthly court-ordered child support payments of $1,100. Still, the senior program manager at a finance company now maps out all her purchases. The adjustment has been difficult, but the 38-year-old Upper Marlboro, Maryland, resident says she’s up to the challenge.

“I learned to live on one income. You have to go through a change in lifestyle. I realized that I need to save more and spend less, because I don’t have that second income to fall back on,â€ says Robertson. More than 30 million women in the United States share Robertson’s predicament, braving it alone while taking on dual roles as head of household and sole breadwinner.

Robertson is determined not to let divorce prevent her from accumulating and preserving wealth. She plans to maintain financial health by readjusting the way she manages her money, particularly because she is raising her son alone. Robertson has cut back on clothes shopping and dining out, activities she barely gave a second thought when she was married. She also does her own hair and nails, saving about $100 a month. Robertson says she tries to be a good example to her son by showing him how to be frugal. “If he asks me about going out to eat or if he can have the latest toy, I ask him to take a look at our budget and see if there is money for it and if it’s a planned purchase,â€ says Robertson. “If the answer is no to either question, we don’t buy it.â€

In spite of her commitment to cut spending, Robertson refuses to compromise when it comes to her child’s education and pays private school tuition of $850 a month. At the same time, she is trying to sock away savings for his college years. Those outlays, in addition to a $2,000 monthly mortgage payment on her five-bedroom, three-and-a-half bath home have become increasingly burdensome.

Robertson seeks advice on how to fund her son’s education and keep her household finances running smoothly.