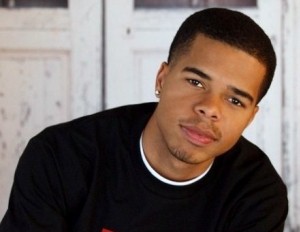 There’s always pressure as an artist when performing. There is even more pressure when you’re a new artist opening for one of the world’s biggest pop acts. But, this young act is just gearing up as he prepares to accelerate all he’s been doing in recent years.

You may not yet know Aaron Fresh or maybe you do, either way, he is only just beginning his career. We got a chance to speak to Fresh, as he is one of the performers who will be entertaining the crowd at The African American Festival taking place, June 21-22 in Baltimore, Maryland.

BlackEnterprise.com: Why did you decide to pursue this career?

I always knew music defines me. I love the creativity. I love the freedom of expression. Most of all, I can be myself .

What can the people expect from you as an artist?

Newness. The sound and creativity comes out in my music and performance. The soul Caribbean pop vibe with a freshness for the listening ear.

You’ve opened for Justin Bieber, that has to be a story within itself, how has that experience helped you as a performer and how difficult was it to be opening for such a popular act?

Performing at the 15-city Teen Island Tour alongside Justin Beiber, My World Tour was an exciting experience. Crowd participation and reception was “wow!” After the second city, I was the headliner for other acts including Burnham and Khalil.

As a performer, I have a confidence boost and a drive to really excel. In New York, I performed for his fans at The Bowling Alley and it lead to my 92.3 Now performance at the Roseland Ballroom along with Jason Derullo.

You’re participating in the Baltimore African American Festival this month, how did this come about?

My great management team and Mr. Ryan Ramsey informed me about the Baltimore African American Festival. Of course, I did my research and found it befitting to contribute somehow, as a young male African American.

What are you currently working on and what can we expect to see/hear from you in the immediate future?

Music: I’m working on my new project and recording songs.

Performance: Working on a possible tour.

Education: About to graduate in August from LA Film School as an audio engineer.

In the future, expect to see Aaron Fresh on the World Stage singing, acting and making my positive mark on the youth, they are the future.