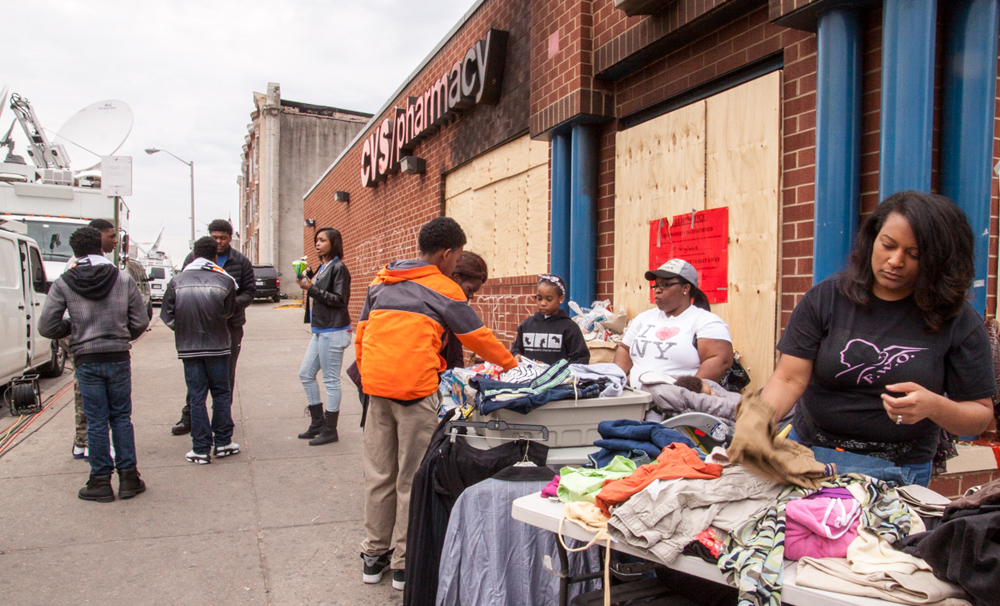 Baltimore businesses are dealing with the fall out of the riots, looting and violence as well as a citywide curfew. The city’s civil unrest stems from the suspicious death of a 25-year-old African American, Freddie Gray, while he was in police custody.

Because of the curfew, enforced within the city between 10 p.m. and 5 a.m., restaurants and other businesses are closing earlier than usual. In addition, some business owners have chosen to temporarily close down as a precautionary measure or in response to vandalism.

Small businesses in and around the Baltimore area are scrambling to meet customer demand while keeping their employees safe. Two Men And A Truck is a franchised moving company that moved itself.  During the unrest, Two Men And A Truck relocated its Baltimore located franchise, dispatching operating to a parking lot in Columbia, Maryland to make sure employees, customers and their belongings stay safe. It is now sharing space with that partner company’s facility.

Two Men And A Truck offers a range of home and business moving services. The company alerted customers moving in and out of the city that a “safety call” would be made within 24 hours of the move to make sure all was safe. Extra care also was taken to make sure storage facilities containing customers’ possessions were locked and alarmed. The company also removed all computers from its offices and locked up other valuables so looters couldn’t get in. Trucks and other vehicles were moved to the other location as well.

[Related: #BmoreFriday: Baltimore Businesses Use Social Media to Get Back on Feet After Riots]

“We are multiunit franchise of eight locations,” The city shut down all of the businesses within a one mile radius of our location, sayss Lori Geros, facilities manager for the multiunit franchise. “I didn’t want to put my employees at risk or our customer’s items at risk. We don’t looters to come and still their stuff.” There was little revenue loss since only one or two moves were cancelled, the rest were rescheduled.

“After the governor called a state of emergency and brought in the nation guard things changed within 24 hours,” says Geros. “I think within a week things will be under control and business will be back in business.”  She notes, “We are not business as usual as yet.”

In fact, her company is right in the middle of a huge campaign: Movers for Moms, which recognizes homeless mothers who are the victims of domestic violence and live in shelters.  “It is our largest charity event in Baltimore. We’re hoping that we will still be able to deliver the donations we have collected to those moms on Mother’s Day without any threat,” adds Geros.

Two Men And A Truck plans to assist with rebuilding and cleaning up efforts to get the neighborhood and city back in order. Rebuilding after riots is difficult and sometimes impossible for small businesses, say economic analysts, because most don’t have the cash reserves of larger companies.

CVS Health Corp. closed a nearby store that was later looted and set on fire. The Associated Press reports that CVS is already making plans to rebuild the burned-out pharmacy, spokeswoman Carolyn Castel wrote in an email. She said the company doesn’t yet have a damage estimate to share, but said “we have a long history of serving inner-city communities and we remain committed to serving our patients and customers in Baltimore.”

Time will tell how much Baltimore’s losses will add up to due to the rioting and looting. A 2004 study on the 1992 Los Angeles riots showed that over the 10 years following the riots there was a cumulative loss of at least $3.8 billion in taxable sales in the city.