Baltimore Elects Democrat Brandon Scott As Its Youngest Mayor Ever 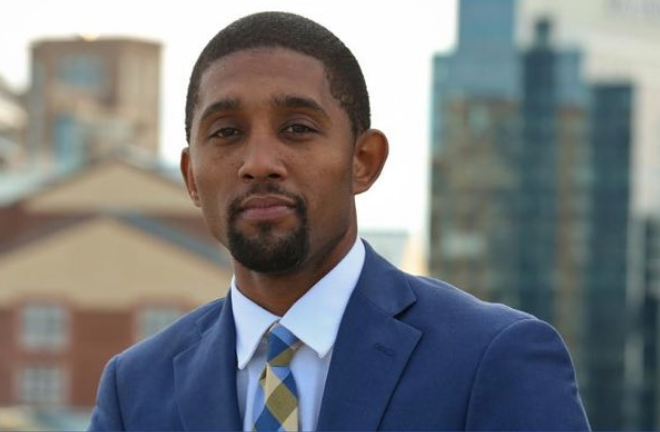 Previously, BLACK ENTERPRISE reported on politician and city council president Brandon Scott’s bid to become the next mayor of Baltimore after securing the Democratic nomination. This week, news broke that Scott, 36, had officially won the election, making him the youngest mayor for more than a century to hold office in the city.

The historic win comes after the controversial resignation of former Mayor Catherine Pugh, who stepped down last year after a book scandal that garnered harsh criticism. Previously, the city’s youngest mayor was Democrat Martin O’Malley, according to the Baltimore Sun, who was three months older than Scott when he was elected back in 1999.

“Baltimore, our city has voted for a new way forward. I stand before you tonight, a son of Baltimore and the next mayor of our great city. I am proud, energized, and humbled by your belief in me and what we can accomplish together,” Scott said, according to WBAL-TV 11 News, on Tuesday night..

“Putting Baltimore on the right track, like setting a new and better course for America, will not happen overnight, and it won’t happen in one year, but it will happen with hard work and smart decisions. If we put aside our differences, we will move forward as a city united. Join me in uniting our city so that we can do the hard work to chart a better course for Baltimore. I’m ready to get to work, I know you are, too.”

Being elected mayor is the honor of a lifetime, and I could not have done it without you. Thank you to all the volunteers and supporters. Most of all, thank you to the voters of Baltimore. Tonight, we embark on a new way forward for our city together. In service, Mayor-Elect Brandon M. Scott