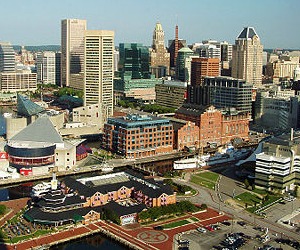 To help small businesses in the Baltimore area, Mayor Stephanie Rawlings-Blake is launching a micro-loan fund to assist owners in hiring and stabilizing their businesses. The program, named BaltimoreMICRO, will enable small businesses with under $1 million in annual revenue to apply for loans that range in amounts from $5,000 to $30,000. To be eligible for the BaltimoreMICRO program, businesses must be based in Baltimore City. The owner of the business must also have a personal credit score of 650 or higher.

“[Small businesses] bring residents together and create a buzz that attracts people from throughout the region,â€ Rawlings-Blake said in a statement. “We want that to happen in more of Baltimore’s neighborhoods, and we must do what we can to support that. Baltimore’s neighborhoods that have experienced growth and revival in the past few years are known not only for their unique homes and character, but also for their small businesses, including stores and restaurants.â€

In Baltimore, the initial cost of the micro-loan program will initially be paid for by city and state taxpayers. The Baltimore Development Corp will oversee the program. The Board of Estimates approved the city’s $125,000 contribution to the fund, and also approved the city’s application to the Maryland Department of Business and Economic Development for a $250,000 grant.

Micro-lending programs similar to BaltimoreMICRO are gaining popularity all around the country. Big companies such as Starbucks recently launched its own micro-lending program supporting small businesses. Other nonprofits such as Kiva.org, which allows people to make micro-loans to others in developing countries, are launching similar programs in U.S. cities, such as Detroit and Los Angeles.