Baltimore May Sell Homes for $1 to Revive Neglected Neighborhoods 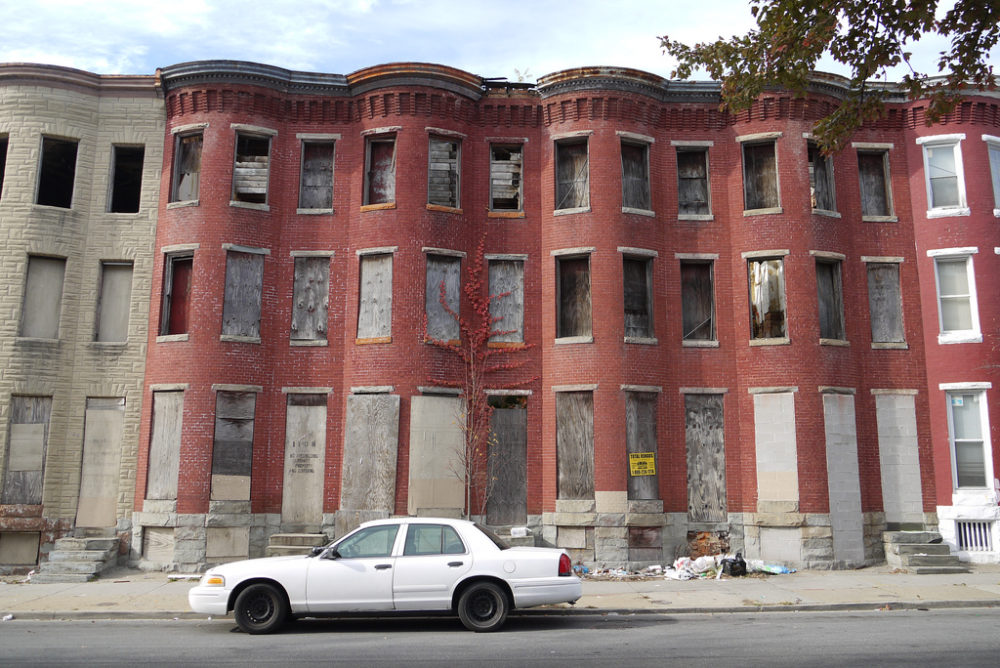 In order to revitalize distressed neighborhoods in Maryland, councilmembers and local community advocates are pushing for a government program that would sell thousands of vacant buildings in Baltimore for $1 each. In turn, buyers would have to promise to refurbish and live in the properties for a certain period of time.

According to a bill adopted by the Baltimore City Council last month, the program would revitalize “marginal neighborhoods by matching construction ability at the grass roots of Baltimore to production of affordable housing for workers’ families and neighbors.” The idea is modeled after the 1973 “Dollar House” program, which sold rundown, city-owned houses for $1 and helped rebuild ravaged neighborhoods in the city throughout the 1980s. The original program also granted buyers low-interest loans to rehabilitate the properties as long as they lived in the homes for a certain amount of time.

On the other hand, the housing commissioner argues that the program is outdated and that there is not enough government funding to address the estimated 16,000 to 46,000 vacant homes in Baltimore, reports The Baltimore Sun. That’s triple the amount in the ’80s. Plus, about 250,000 fewer people live in the city compared to when the program first started.

Nonetheless, real estate agent and affordable housing specialist Mable Ivory applauded the idea, arguing that city governments have implemented similar programs to revitalize distressed areas in Detroit and Harlem. “It has been proven that when home ownership increased among residents in neighborhoods like Harlem and Detroit, which were once plagued by urban blight and flight, crime declined and the communities became more beautiful as owners took pride in their neighborhoods and took better care of them,” she said in an email. “Baltimore seeks to mirror the success that has been experienced in Harlem and Detroit by creating a similar, discount homeownership program.”

Whether interested in buying a vacant property in Baltimore or purchasing an affordable home elsewhere, Ivory advises potential purchasers to “do their due diligence and research” before taking on the cost of homeownership. “If possible, before bidding on the properties, homeowners should do a property inspection with licensed professionals, such as contractors, architects, and engineers, to have a clear and full understanding of all the repairs needed to make the home inhabitable; the cost of the repairs; as well as the time it will take to complete the entire renovation. The good news is that there are mortgage loan programs available like the FHA 203(k) mortgage loan program, which provide financing for the total renovation of a home.”