Not Banking Accounts Caused by Ignorance 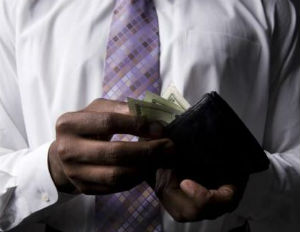 Many have read in recent weeks that the number of people who don’t have a bank account and are turning to check cashing stores, prepaid debit cards and the like is on the rise. The alarming part is a large percentage of them are black people and they don’t have a good reason for doing it. Despite popular opinion, these people are not ones who have bounced checks or had bad experiences with banks previously.

According to the 2011 FDIC (Federal Deposit Insurance Corporation) National Survey of Unbanked and Underbanked Households, “slightly more than half of all unbanked households have never had a bank account.â€

Having a free checking account is the least expensive way to manage your money transactions. With a free checking account you get to direct deposit your paycheck without any cost. The fees for check cashing storefronts and other alternatives vary by state but they are all costly. Â In March 2012 New York increased its check cashing fee from 1.86 percent to 1.91 percent, meaning you could pay almost $10 on a $500 paycheck every payday.

Many states have started initiatives such as Bank on Jacksonville (Fl) and Bank on Newark (NJ) to educate their low-income residents about the benefits of having a traditional bank account versus using fee-based services. Bank on Jacksonville offers these reasons to get banked:

The FDIC report also showed that households that have previously had an account are less likely to say they don’t need or want an account. So try it, before you dismiss it. Apparently once you go banked, you don’t go back. LOL