Bank of America, Twitter, Nintendo Among Most Damaged Brands 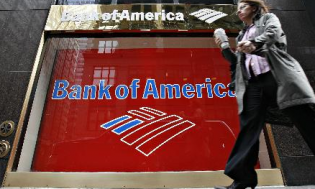 Some brands have stellar reputations as a result of innovation, well thought-out marketing strategies, and good public relations from the companies behind them. Other brand have weak or defective products, scandals and public company gaffes can damage a brand’s reputation – in some cases for years, according to 24/7 Wall St.com. The site’s assessment of the nation’s largest companies and most high-profile brands is the basis for its list of America’s nine most damaged brands.

The greatest damage often comes when companies fail to protect consumers. This was the case with General Motors, reports Wall Street 24/7.Â  GM came under fire over a faulty ignition switch that has been connected to 31 accidents and 13 deaths. The iconic automaker recalled 2.6 million cars in February, most of them older Chevrolet Cobalt and Saturn Ion models. The recall is the latest blow to the reputation of the car maker, which emerged from bankruptcy shortly after the financial crisis.Â  Similarly, Target Corp failed to properly secure consumer data and a recent breach compromised the personal information of tens of millions of customers. The retailer reported $61 million in expenses to deal with the breach, including investigation costs, increased call-center staff and legal fees.

Other companies’ reputations suffered after they lost the faith of theirÂ customers. Nintendo disappointed gamers with the most recent Wii U launch. This led to poor sales and difficulty in attracting leading game developers. Nintendo has sold slightly more than six million Wii U consoles since its release in 2012, less than the number of PlayStation 4 units sold in the first five months it was available.

In some instances, weak management oversight caused a particular company’s reputational damage. In the case of Bank of America, stockholders sold off shares and the firm’s reputation took a hit after the bank disclosed that an accounting error led it to incorrectly report that it had an extra $4 billion on its books. Similarly, Twitter insiders sold shares after the IPO lock-up period ended, significantly lowering Twitter’s stock price as investors fretted about the company’s growth prospects.

Celebrity chef Paula Deen’s brand may be so damaged that a complete comeback is out of reach, despite receiving $75 million to $100 million in private equity funding for her company, Paula Deen Ventures, in February. Deen admitted she had used racial slurs in the past due to court documents from last year when a former manager at one of her restaurants sued Deen for race discrimination. Shortly after the admission, the Food Network cancelled Deen’s popular show, Paula Deen’s Home Cooking. Her statements cost her millions of dollars in endorsements and salary from the Food Network. Although the lawsuit was dismissed, she lost endorsement deals with Sears, Smithfield Foods, and home shopping channel QVC. One of her restaurants, Uncle Bubba’s Seafood & Oyster House, which she co-owed with her brother, was also the subject of the race-discrimination lawsuit and was abruptly closed.

Like the entire fast-food industry, McDonald’s has had to adjust to an increasingly health-conscious consumer base in the wake of record obesity rates, notes Wall Street 24/7. McDonald’s also has been at the center of the ongoing minimum wage debate in the United States, with fast-food workers striking across the country this past year, demanding livable wages. McDonald’s own contributions to the debate were highly criticized. It provided employees with what many called unrealistic budget advice and recommended employees sign up for food stampÂ benefits.Â McDonald’s brand value dropped 5% between 2012 and 2013, according to Interbrand.

24/7 Wall St chose the nine most damaged brands based on reviews of large, publicly traded companies, as well as major brands, active in the United States. Brands made the list if they heavily promoted a product or service without success and lost considerable market share, or if they became entangled in a corporate or personal scandal and suffered from significant negative attention from customers, investors and the media, the news site said.

To read about all nine damaged brands click Here.