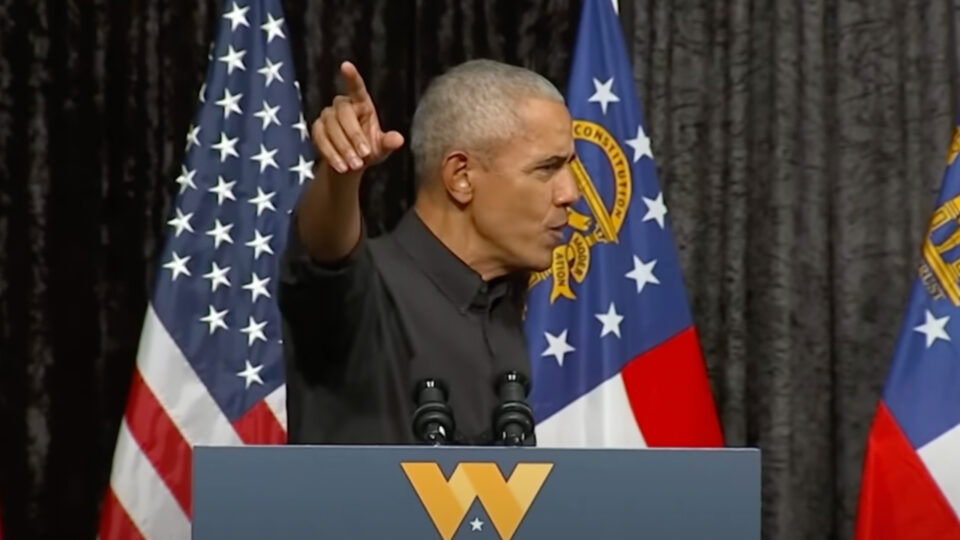 Forever President Barack Obama was in Atlanta on Dec. 1 to rally for Sen. Raphael Warnock’s (D-Ga.) reelection campaign when he commented on remarks made by Warnock’s challenger, Herschel Walker.

The Washington Post reported that Walker, who is ahead of Warnock in the polls, ranted about wanting to be a werewolf, rather than a vampire, at a rally in McDonough last month, and Obama made light of the strange comments during his speech on Thursday.

“Since the last time I was here, Mr. Walker has been talking about issues that are of great importance to the people of Georgia. Like whether it’s better to be a vampire or a werewolf. This is a debate that I must confess that I’ve had myself,” he joked. “When I was seven.”

Obama went on to say that he has grown up since then and noted Walker could be whatever he wanted to be, except a Senator.

“As far as I’m concerned, he can be anything he wants to be, except for a United States senator.”

Obama went on to note the scariest part of Walker’s vampire comments when he noted Walker was running for the United States Senate.

“This would be funny if he weren’t running for Senate,” he said.

Walker was describing a fight between a vampire and a werewolf during the November rally and compared Warnock to a person who fought a vampire and lost. The Senate candidate said that the person lost because they had no faith, while noting his supporters should have faith and follow elected officials.
Obama ended his speech by noting that Walker spread “bold-faced lies” and spent more time fantasizing about horror movies than he did worrying about the people of Georgia.
“When you spend more time thinking about horror movie fantasies than you do thinking about the people you want to represent, that says something about your priorities.”

“When again and again you serve up bold-faced lies. Just make stuff up. That says something about the kind of person you are and the kind of leader you would be if you were in the United States Senate,” said the former president.

Warnock beat Walker by 36,000 votes during the general election, but because he didn’t garner 50 percent of the vote, under Georgia law, a runoff election on Dec. 6 will declare the winner.