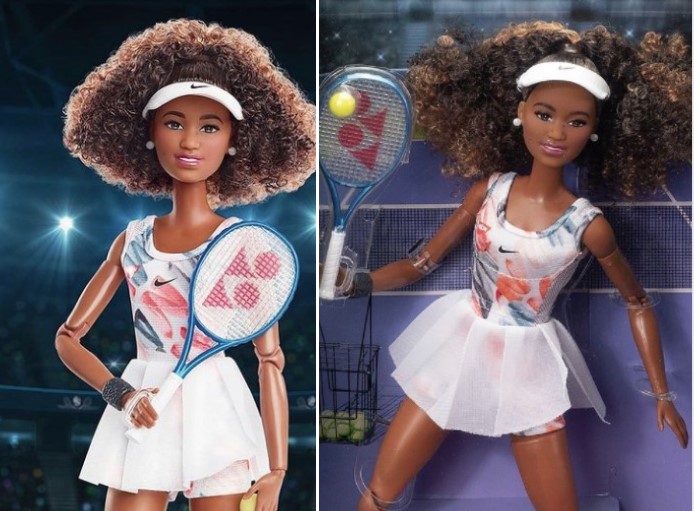 Last week, a Naomi Osaka Barbie doll was released by Mattel. The doll was an instant hit, selling out within a few hours after it was released on Monday.

“I first teamed up with Barbie in 2019,” Osaka tweeted on Monday. “And today we’re introducing the Barbie Role Model Naomi Osaka doll.”

She adds, “I hope every child is reminded that they can be and do anything.”

I first teamed up with @Barbie in 2019 and today we’re introducing the Barbie Role Model Naomi Osaka doll. I hope every child is reminded that they can be and do anything: https://t.co/GrPuW1WkMn

Tennis star Naomi Osaka has been making headlines all year.

Sportico reported that the tennis champion is the world’s highest-paid woman athlete. This is Osaka’s second year topping the earnings chart, earning a record $55.2 million over the previous 12 months. She’s earned over 90% of her money off the court.

Now, Mattel is celebrating and recognizing the athlete as a Barbie® Role Model.

The Naomi Osaka doll is part of the Barbie Role Model series which celebrates the athlete’s 2018 success as “the first Japanese player to win a major title in a singles match”, according to a press release.

“It’s such an honor to be a part of the Barbie Role Model series, and to remind young girls that they can make a difference in the world. I want young girls everywhere to feel empowered to dream big and to know that if they believe in themselves that anything is possible!” Osaka shared in a statement.

From advocating for Black lives to mental health support for athletes, Osaka has been a voice and inspiration for people all over the world. The first day sales numbers prove that fans were excited about Osaka’s addition to the Barbie collection.

“We are incredibly honored to spotlight Naomi Osaka as part of our Barbie Role Model series,” said Lisa McKnight. She serves as the SVP and Global Head of Barbie and Dolls at Mattel.

McKnight adds, “She has paved the way for future generations of girls to dream bigger, and through her unwavering courage and honesty, shown the world the importance of being your own biggest champion. Naomi continues to break boundaries on and off the court and is a powerful role model to fans everywhere.”

According to the Amazon website, the Barbie Role Models Naomi Osaka Doll is temporarily out of stock. There’s no doubt that fans are hoping to see more dolls in stock during the holiday season.