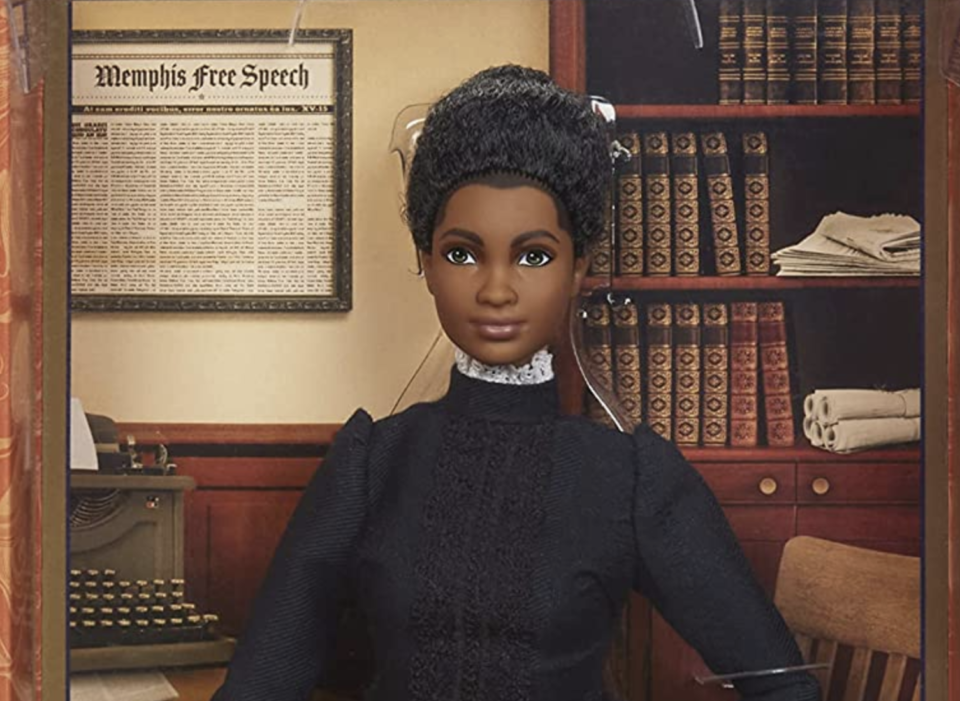 On International Women’s Day in 2018, the Barbie brand launched its “Inspiring Women Series,” spotlighting historical women role models who opened doors for young girls to reach for the impossible.

This year, civil rights activist, journalist, and suffragette Ida B. Wells will have her likeness made into a signature doll to honor her courageous work as a journalist and activist who fought for racial and gender equality, YouLoveIt.com reports.

Mattel’s “Dream Gap” came up with a campaign to heighten representation for young girls. Research has shown “that girls [begin] to view their gender as inferior to boys and develop limiting beliefs about themselves at as young as five years old, as a result of cultural stereotypes, implicit biases, and media representation,” YouLoveIt.com reports.

As a result, Barbie set out to change this ideology and wanted children to play with purpose and created dolls in the likeness of historical figures.

Wells, born into slavery, believed education would improve the circumstances of Black Americans, aiding them with the tools to progress and survive in the United States.

Wells’ occupation as an investigative journalist launched a movement fighting against lynchings during the late 1890s and influenced progressive moments of the nineteenth and twentieth centuries. She centered her work on highlighting the dire conditions of Black Americans, particularly those who lived in the South and documented their experiences, and vocalized the injustices they encountered. She founded the National Association of Colored Women’s Club and co-founded the National Association for the Advancement of Colored People (NAACP). She was posthumously awarded a Pulitzer Prize for contributions in 2020.

The collectible Ida. B Wells Barbie doll is outfitted in a floor-length blue dress enhanced with lace at the bodice, collar, and waist while holding a Memphis Free Speech newspaper.

The doll is expected to be released on January 17, 2022, and is available for pre-order on Amazon.