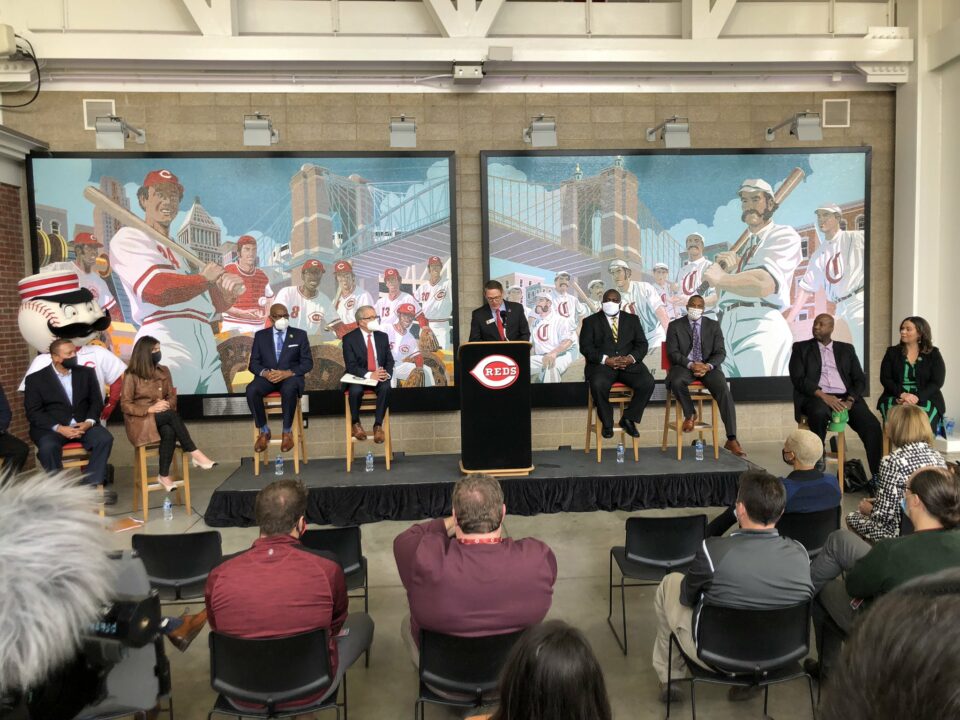 After an 80-year hiatus, men’s baseball returns to Wilberforce University thanks to a partnership with the Cincinnati Reds. (Image: Twitter/@BUnderwoodWKRC)

After an 80-year hiatus, the HBCU Wilberforce University is restarting its baseball program with the help of  the oldest team in Major League Baseball, the Cincinnati Reds.

The official return of the baseball program will begin in fall 2022 with athletes preparing for the spring 2023 season. Leaders at Wilberforce, the oldest, private HBCU in the country, made the announcement at the Great American Ballpark, home of the Cincinnati Reds.

Wilberfoce University opened in 1856, 13 years before the Reds made their debut as baseball’s first all-professional team. The college’s baseball program’s last year was 1940.

The Wilberforce Bulldogs baseball program will be revived with the help of the Reds Community Fund. The announcement was attended by Gov. Mike DeWine, members of the Reds organization and its community fund as well, as the P&G MLB Cincinnati Reds Youth Academy.

The partnership will allow members of the Wilberforce baseball team to have access to the Reds facilities. Also, the team will allow university students to intern in the team’s front office. Cincinnati is about an hour’s drive from Wilberforce.

DeWine, a lifelong Reds fan, said the announcement will be a “tool” for Wilberforce to use to convince athletes and students to attend the university.

“It’s a good thing for baseball, we’ve seen in the major leagues, the number of African American players has gone down significantly than when I was a kid, or even in the ’70s or ’80s,” DeWine told the Cincinnati Enquirer. “The thing that also strikes me, is you’re going to have some young people that will go to Wilberforce who may want to get into the business side of it. The partnership with the Reds, and the ability to have internships, and see how the business side of ports is run, is a great, great thing.”

Wilberforce President Elfred Anthony Pinkard said the baseball’s program revival is part of the school’s “growth mode,” a plan to make the university an institution relevant to prospective students in modern times.

“We’re very, very excited,” President Pinkard said during the 18-minute media session, according to the Dayton Daily News. “We have always been an institution of possibilities–a place of possibilities. I thank the Reds for having the courage and compassion to partner with Wilberforce. This is representative of what occurred in 1856. This is much more than a partnership. This speaks to who we are as a nation.”

The Wilberforce Bulldog’s most notable player was Ray Brown, a Negro League pitcher for the Homestead Grays in the 1930s and 1940s. Brown compiled a 122-45 record, making two All-Star games and threw a one-hitter in the 1944 Negro League World Series to help the Grays win the title. Brown was inducted into the National Baseball Hall  of Fame In 2006.