Baseball Returns to Xavier University for First Time Since 1960 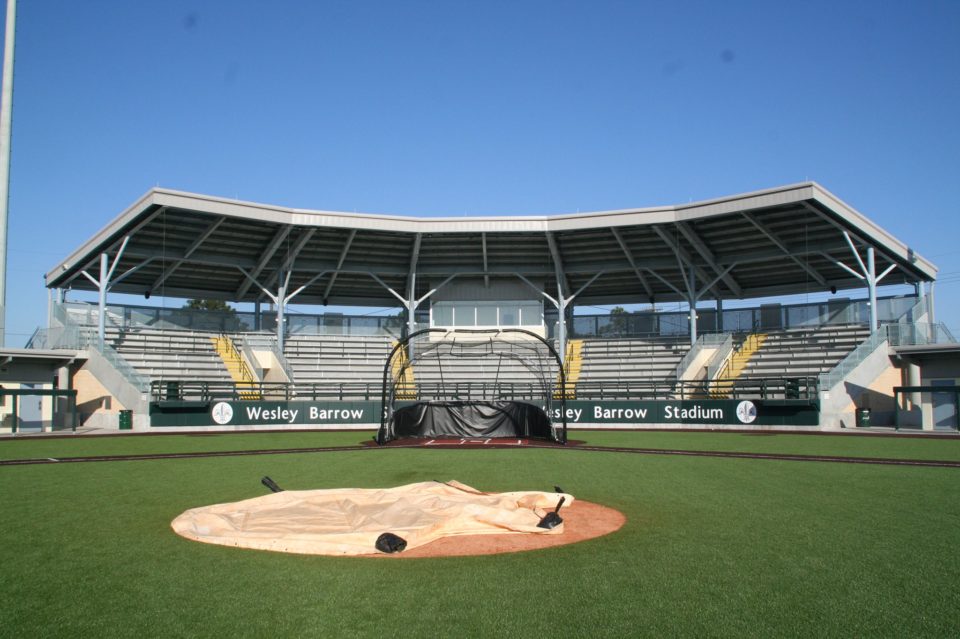 In 2019, Xavier University of Louisiana (XULA) announced it would be bringing its baseball program back. On Tuesday, the Historically Black College and University (HBCU) played its first baseball game in 61 years.

To kick off its first two games in six decades, XULA received an assist from Major League Baseball, which allows the Gold Rush to use MLB’s Urban Youth Academy at Wesley Barrow Stadium for its practices and games. XULA also uses the stadium for its softball team.

XULA is the only university playing it’s games in a MLB facility. The collaboration between MLB and the school is part of an arrangement officials believe will improve participation and boost diversity in baseball and softball.

“Kids can now see the whole pipeline,” Eddie Davis, the director of the youth academy in New Orleans, told the New York Times. “The younger kids can see former academy kids playing high school on the same field and now playing college on the same field. It’s tangible. Before, it was kind of grayish; you really can’t touch it. But now, you can.”

Ten of the 43 players on XULA’s roster are alumni of the academy, which provides free on-field instruction for boys and girls ages 6 through 19. The academy also includes a junior broadcasting program and a sports law program hosted with Tulane.

One of the Gold Rush’s players Dillon Cousin, who grew up in Louisiana, originally committed to play baseball at the University of Alabama, because XULA didn’t have a baseball program. However, when he received a call from XULA’s coach Adrian Holloway invited Cousin to a school event, gave him a tour and told him about his vision, Cousin was hooked.

HBCUs have an awkward relationship with sports programs. Holloway coached baseball at Selma University until it shut down its baseball program in 2019. The same year XULA said it would revive its baseball program. Holloway said that when it comes to HBCUs, baseball isn’t seen the same way basketball and football are viewed.

“A lot of H.B.C.U.s are either cutting baseball or baseball is terribly underfunded at their university or usually baseball is the stepchild,” Holloway told the Times. “It was definitely a pleasant surprise to see Xavier adding baseball and actually putting money into it. We’re blessed to have a well-funded program to start.”