The Battle of The Generations in The Workplace 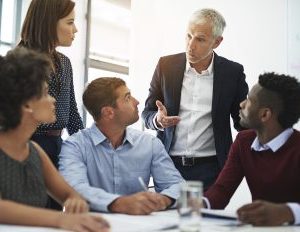 As I sat in a local coffee shop recently, my morning bliss was interrupted by raised voices coming from a nearby table.

Male: “Your generation wants the world, without paying its dues!â€

Female: “Well, your generation is inflexible, judgmental, and should all just take a corporate buyout!â€

This back and forth banter went on for several minutes, as each was convinced that their side was the right one. They were a father and daughter duo, I soon discovered.

I began to reflect upon my days in corporate America, where I last held the position of senior director of Human Capital Management. I laughed as I recalled receiving a ‘thank you’ letter from an applicant who inadvertently used the title, human “cattleâ€ management, instead. Indeed, there were days when managing cattle, instead of humans, would have been a treat. Overseeing an employee population was no easy feat then, nor is it now , especially with the much talked about “battleâ€ between the generations.

For this article, I reached out to a few to get their views.

Millennials have surpassed baby boomers as the nation’s largest living generation, according to population estimates released April 2016 by the U.S. Census Bureau. Therefore, they are, indeed, the face of our country’s economic future, and that’s a troubling notion for some. “It’ll feel like we’re turning the keys to the asylum over to the inmates,â€ stated a soon-to-retire baby boomer.

A generation X staffing expert I spoke with shared that, during the interview process, when asked what made them exceptional, millennials often responded with answers that most others would consider being bare essential corporate skills, such as good communication skills. She also expressed a level of frustration with highÂ turnover. Many are entrepreneurial in spirit, but soon discover the constraints of a traditional nine-to-five isn’t for them.Â  While some, according to her, are quick to jump-ship, knowing the comfort of their parent’s basement readily awaits them.

Interestingly enough, one millennial, who recently had another millennial as a manager, expressed a preference for the generation X or baby boomer management style of previous bosses. “Overall, I think millennials feel like we have something to prove, so we overwork ourselves and the people around us.”

Another millennial stated, “How different groups get along is often a reflection of the company culture. My CEO has designed a culture based on the book, Kill the Company.Â  The philosophy is that “culture eats strategy for breakfast,â€ and therefore, we pride ourselves on having a culture focused on inclusivism and collaboration.â€

In an effort to minimize challenges that may surface and ensure optimum productivity, at a minimum, I would strongly recommend the following for multigenerational organizations:

In the end, it’s not the generational divide that matters most, but rather a healthy workplace, where there is unity in the pursuance of the company’s mission. 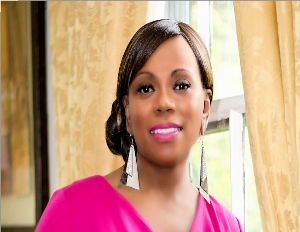 This article was written by BOSS Network Influencer,Â Jacqueline Miller.

Jacqueline Miller is a speaker, author, and life strategist, empowering mothers to reconnect with their pre-mom dreams, guilt-free. Providing clarity and strategies to successfully manage their careers, family, relationships, finances, time, and self-care.Â  Learn more about Jacqueline via her website at thejacquelinemiller.com and follow her on Twitter @mogulmomdujour.