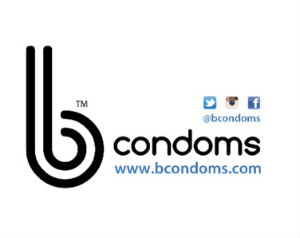 As Bill Gates put the word out to the entire world that his foundation was looking to issue a startup grant to produce “the next generation condom that significantly preserves or enhances pleasure” and promotes “regular use,” the proprietors of the minority-owned bcondoms and B Holding Group, LLC, on Tuesday expressed a desire to open a dialogue with the philanthropist with hopes of answering his challenge.

“We are pleased that the Gates Foundation is highlighting condom use as a critical component in preventing the impact of sexually transmitted infections like HIV/AIDS,” bcondoms co-founder Jason Panda said in an email statement provided first to BlackEnterprise.com.

“As the only minority-owned condom company, we feel that this is important and necessary to overcome the disproportionate affect that these diseases are having on our community. We think this is a great initiative and we would welcome an opportunity to speak with the Gates Foundation about strategies and programs that we have found to be successful.”

The Gates Foundation says that it wants to put money behind a prophylactic that will make men and women not in committed relationships think twice before having unprotected sex.

“Male condoms are cheap, easy to manufacture, easy to distribute, and available globally, including in resource-poor settings, through numerous well-developed distribution channels,” it said in a statement. “Nevertheless, many people are reluctant to use them because they complain that prophylactics interfere with pleasure and intimacy.”

The result is a “trade-off that many men find unacceptable.”

The Gates Foundation’s bold proclamation is matched by a promise of up to an additional $1 million in grant funding. With a business model marked by its dedication to social issues such as stemming the tide of unwanted pregnancies and preventing new sexually-transmitted infections among African Americans, bcondoms are available in some Whole Foods stores or via its website.