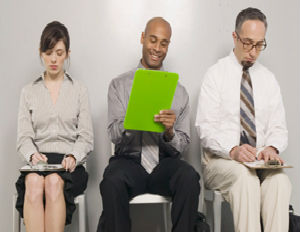 With the new year just hours away, companies have already set into motion hiring strategies that will help their bottom line, especially in post-recessionary times.

According to Careerbuilder’s annual job forecast, these are the top hiring practices that are on the rise for 2014:

Part-time hiring on the rise: Seventeen percent of employers expect to recruit part-time workers over the next 12 months, up three percentage points over last year. While various factors will influence this trend, 12 percent of all employers stated that they will likely hire more part-time workers in 2014 due to the Affordable Care Act.

More companies “onshoringâ€ jobs: One of the most popular imports of the New Year just may be previously lost jobs. Twenty-three percent of companies who offshore jobs said they brought some of those jobs back to the U.S. in 2013; 26 percent plan to do so in 2014.

Skills gap widening: Looking at a subset of human resource managers, half (51 percent) said they currently have positions for which they can’t find qualified candidates. Forty-six percent said these positions go unfilled for three months or longer.

Companies building the perfect employee instead of waiting for one: In light of the skills gap, nearly half (49 percent) of employers plan to train people who don’t have experience in their industry or field and hire them in 2014, up 10 percentage points over last year. Twenty-six percent of employers are sending current employees back to school to get an advanced degree — and picking up all or part of the cost.

5) Companies looking for recruits in high schools — More companies are connecting with future generations of workers to establish a constant pipeline of job candidates. Twenty-seven percent of hiring managers have promoted careers at their firms to high school students or, in some cases, even younger; 25 percent plan to do so in 2014.