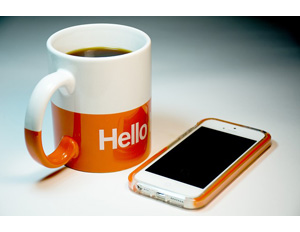 For the week ending October 30, the tech buzz including Donald Trump’s beef with Mark Zuckerberg during the Republican debates earlier this week was a surprise stock surge for one social media platform; news from a long-time name in gaming and more:

Serena Williams equates equality issues in Silicon Valley and in tennis. Williams wrote an articleÂ as a guest editor for WIRED titled, The Ball is in Your Court. “We need to see more women and people of different colors and nationalities in tech. That’s the reason I wanted to do this issue with WIRED–I’m a black woman, and I am in a sport that wasn’t really meant for black people,” Williams wrote.

During the last GOP debate, a CNBC moderator asked Donald Trump about statements he made disagreeing with Facebook founder Mark Zuckerberg on the need for expanding HB-1 visas and on referring to Senator Mark Rubio as, “Mark Zuckerberg’s personal senator.” Trump re-iterated his positions on immigration, including restricting the HB-1 program and that, yes, he did own up to the statement about Sen. Rubio. Zuckerberg’s political advocacy group, FWD.us issued its ownÂ statement after the debate, calling Trump’s immigration plan “horrible” and “absurd.”

LinkedIn shares jumped on Thursday. The business social networking platform beat revenue and earnings estimates, and its stock soared 12% in after-hours trading, reports Forbes. LinkedIn makes most of its revenue from its talent services for recruiters. Its fourth-quarter revenue is expected to be between $845 million and $850 million.

MiimotoÂ is the first mobile game that will be released by Nintendo. It was announced this week in Japan, reports Kotaku. The release is planned for March. Miimoto is a social networking game. Players create Miis–sort of these simulated avatars– and interact with other players’ Miis. Nintendo will release five games for smartphones. Miitomo will be a free download (“tomo,” is Japanese for “friend,” by the way.)

Google plans to merge Chrome OS with Android. Or does it? The Wall Street Journal reported that Google had plans to merge its Chrome OS (the software running on its Chromebook) with its mobile operating system Android. WSJ‘s story was picked up by every major tech media outlet. However, Hiroshi Lockheimer, SVP of Chrome OS, Android, and Chromecast seemed to negate that rumor by tweeting:

Your Windows 8 PC may just automatically update to Windows 10 without your intervention. Microsoft posted yesterday on its Windows 10 blog that, starting early next year, Windows 10 will be re-classified as a “recommended update.” Beginning next year, if you have Windows Update set to automatically install updates, your Windows 8 will upgrade to Windows 10. You do have 31 days from the time of updating to roll back to the previous version of Windows (but don’t bank on having Windows 8 for years to come–Microsoft is expected to end mainstream support for Windows 8 in 2018).