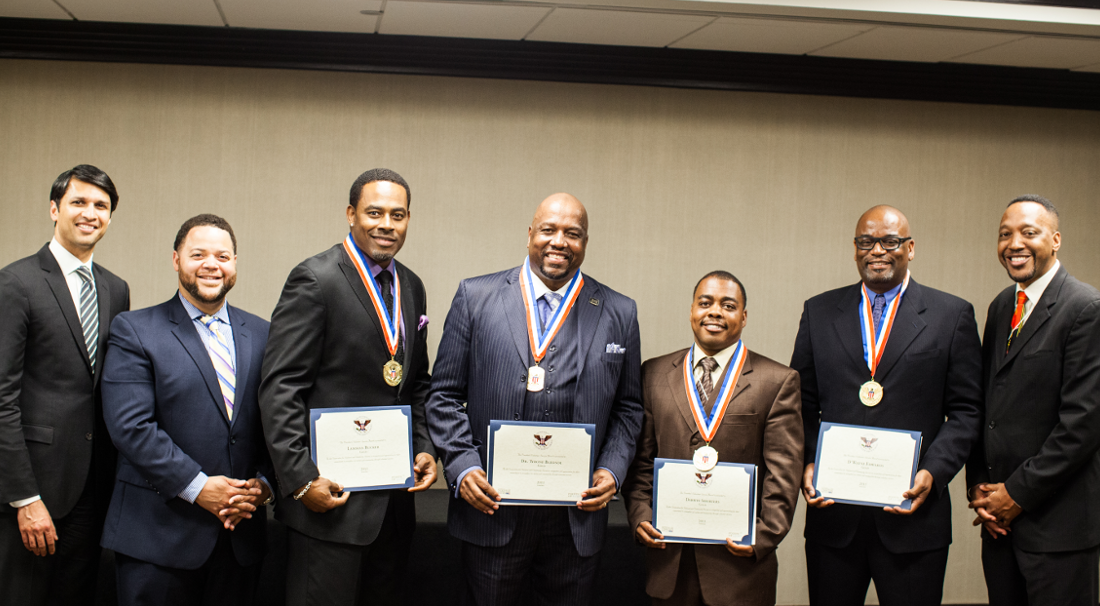 In 2011, BMe began as a project of the John S. and James L. Knight Foundation. Originally intended to get more black males positively engaged in communities, Knight quickly discovered that black male engagement was not the problem. Although black males are among the most likely to start businesses, serve their country in the military, and to support charitable causes, they are least likely to be acknowledged. Knight recognized this disparity, and made it a necessity of updating the narrative about black males to more accurately reflect reality.

On June 20, 2016, the White House honored 60 black men from Akron, Baltimore, Detroit, Miami, Philadelphia, and Pittsburgh for 22,000 hours of voluntary service helping over 400,00 children and adults. All honorees are distinguished members of BMe community, the national network of inspiring black men.

The honorees come from various backgrounds and locales, but are all linked by their vow to uphold BMe’s values of self-respect, pluralism, and community asset-building.

Chris Wilson: A Washington D.C. native who was sentenced to life in prison at 17, but now restores hopes, employs people, and builds business is Baltimore.

Dr. Eddie Connor: Representing Detroit, Dr. Connor was diagnosed with stage four cancer at the age of 15 and beat the disease to become an educator.

Evan Frazier: Frazier is a Fortune 500 executive from Pittsburgh who co-founded the National Society of Minorities in Hospitality.

Damion Cooper: Cooper is the Baltimore Neighborhood and Constituent Relations director who, as part of a prison ministry, was accidentally reunited with the youth that shot him years earlier. Cooper directly forgave the shooter to his face.

BMe builds more caring and prosperous communities inspired by black men. Its 35,000 members of all races and genders connect to opportunities, events, and each other via www.bmeommunity.org and www.ReachWithUs.com. BMe is backed by individual donors, The Campaign for Black Male Achievement, The Heinz Endowments, and The John S. and James L. Knight Foundation.